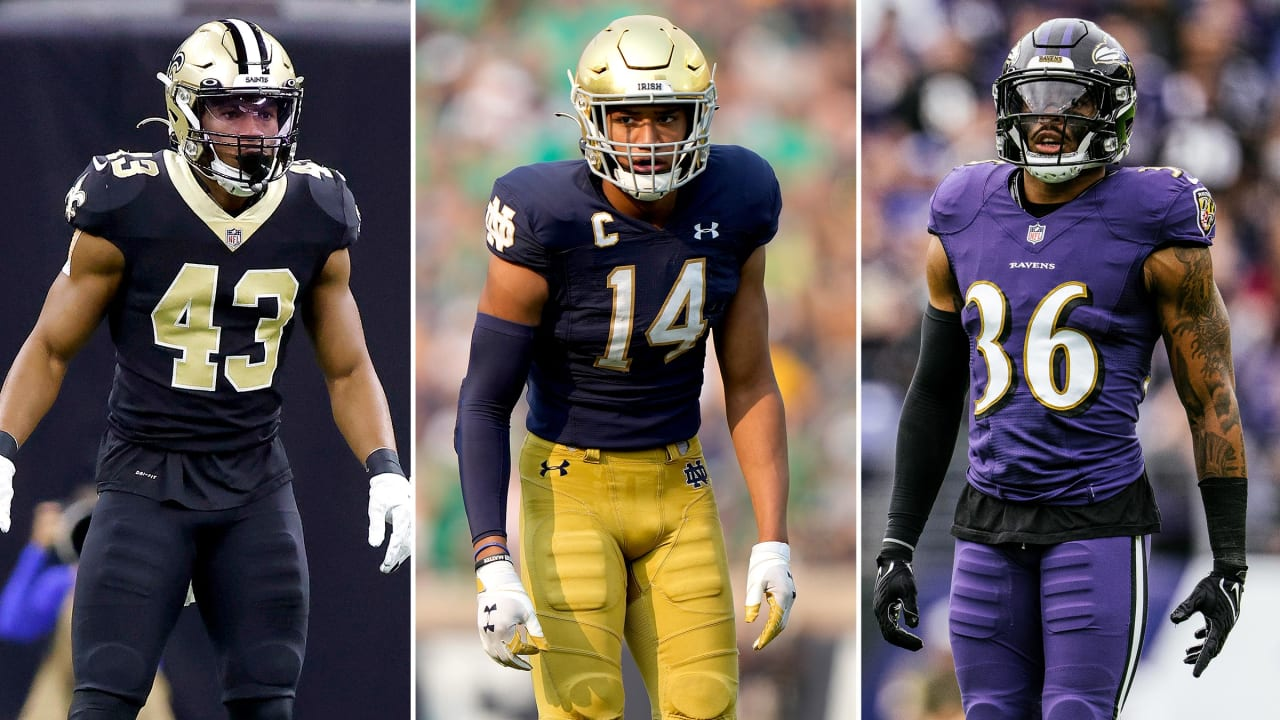 The Baltimore Ravens have rookie safety Kyle Hamilton to thank for their improvement on the defensive end this season following his contributions on that side of the ball.

Unfortunately for Baltimore, he is out with a left knee issue, though head coach John Harbaugh told reporters the joint is “stable” and the player is “trending in the right direction” following Xrays. Hamilton is unlikely to make it back in time to face the Jacksonville Jaguars this Sunday. In any case, he shouldn’t be out for much longer provided the coach is correct.

The first-round pick was unable to put weight on his left leg and had to be helped off the pitch in the third quarter of the Ravens’ 13-3 win over the Carolina Panthers on Sunday, which also saw Stanley pick up an injury.

Inside linebackers Roquan Smith and Patrick Queen have been credited for Baltimore’s defensive turnaround, and rightly so, yet Hamilton is very much responsible for the same. The rookie no longer looks timid on the field and is playing with great physicality, as well as speed. Gone are the days of poor coverages and ill-timed tackles. Hamilton has been great all season when it comes to man-to-man coverage but now he’s making better tackles, executing meaningful plays near the line of scrimmage, and becoming a problem for opponents as a blitzer.

It appears defensive coordinator Mike Macdonald has found a role in which the fist-year man can thrive. Hamilton has been doing a bit of everything lately, including filling in the nickel spot, a sore point for the Ravens all season. The 21-year-old looked to be having his best game of the season before he had to be helped off on Sunday and the Ravens will likely find it difficult to cope should he remain out for an extended period, given their secondary depth. Marcus Williams is understood to still be a few weeks away from returning from a wrist injury, while Chuck Clark appeared to have suffered a rib or chest injury on Sunday, though he was able to finish the game.

In any case, the clear favorites to come out on top when they play the 3-7 Jaguars in their next game and a Caesars Maryland promo code would definitely come in handy where betting on this game is concerned.

Hamilton has been a big part of what Baltimore has been doing defensively in recent games and his absence could be glaring. But they should be able to beat Jacksonville without him, as long as quarterback Lamar Jackson is around. Jackson was in danger of missing the game against Carolina due to illness but was able to take the field despite missing training on Friday.

While he was able to play, Jackson left Ravens fans with their hearts in their mouths after rolling into Stanley due to a sack and causing him to twist his ankle late in the third quarter. Stanley walked to the locker room but did not return to the field.

Harbaugh wasn’t forthcoming as it pertains to Stanley’s ankle but Jackson did speak about it a bit after the fixture, admitting he hurt his teammate and was mad about it. He also revealed Stanley asked him not to roll into him again.

The QB told reporters he went into the room to check on his teammate and was assured that he was good, though he was on the end of a stern warning.

“I checked on him, but he said he’s pretty good,” Jackson said. “He told me just don’t fall for him. So, it was me who hurt him, so I’m a little pissed off about that, but he’s good. That’s all that matters.”

Ravens fans would have been worried after seeing the player go down, and then out of the game. Stanley hurt his ankle in 2020 and missed a large part of the 2020 and 2021 campaigns. His career has been up and down since then, so he’s the last player Jackson would want to roll into.

“We don’t have the final word on those things yet, but I would say it’s definitely trending in the right direction based on what we know so far,” Harbaugh said of both Jackson and Hamilton on Monday.

While Hamilton remains out, Brandon Stephens could be in line for more safety snaps.

Harbaugh has also indicated that the Ravens will be looking to get wide receiver Devin Duvernay more involved. The WR got off to a very good start this season but has only had two targets and one carry since stepping in as a replacement for Rashod Bateman, who has been ruled out for the remainder of the season.

“We’ve got to say to ourselves, as coaches, ‘We need him [Duvernay] involved. We need to find a way to get him the ball,’” Harbaugh explained. “So, we understand it. It doesn’t always go to a guy even when you call it towards a guy, but by the same token, we’ve got to keep chasing that, because we want the ball in his hands.”