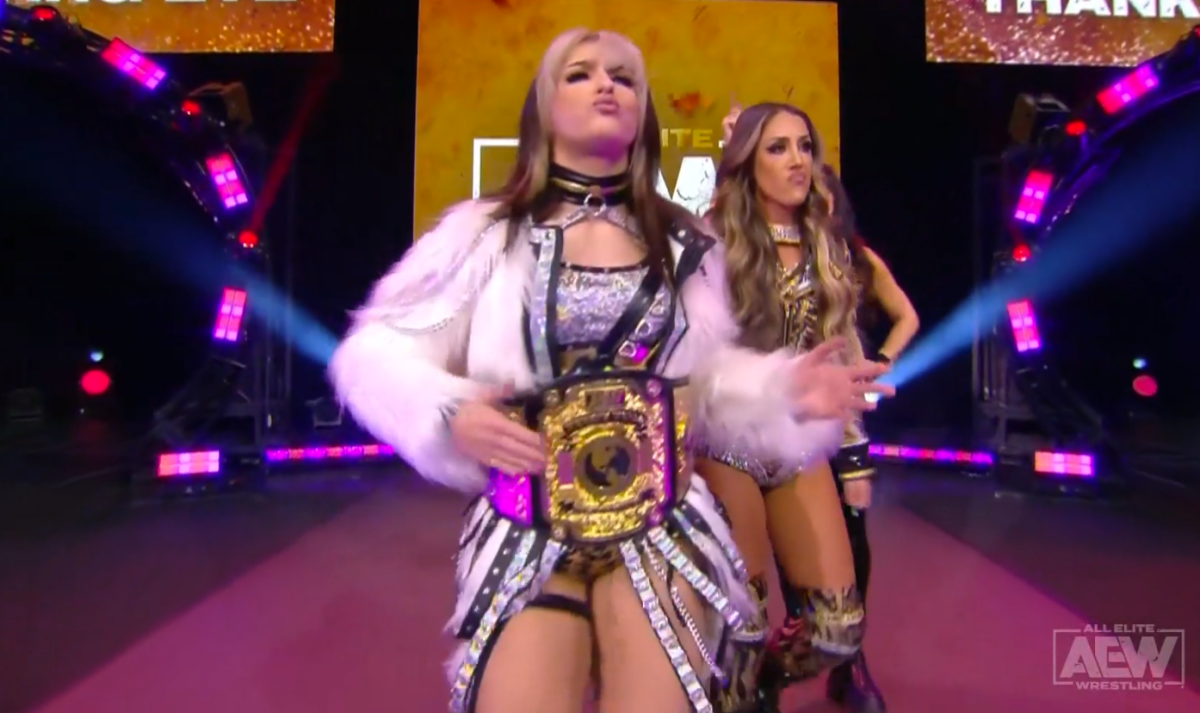 Renee Paquette announced tonight that AEW and Thunder Rosa have reached an agreement.

AEW has asked Rosa to relinquish her Women’s World Title because of the uncertainty of when she will be cleared to wrestle again. It was stated that Rosa agreed to drop the title for the benefit of the women’s roster.

Paquette then introduced Hayter as the Women’s World Champion. Hayter was about to speak but was then interrupted by Britt Baker so yes, they are still teasing issues between them for an eventual match down the line.

Hayter won the title on Saturday night at Full Gear in New Jersey. Rosa has been out of action with back issues since late August. Tony Khan stated during the AEW media scrum that he was trying to give Rosa every opportunity to return and defend her title. Tonight’s announcement indicates that Rosa is not expected back soon.

Alachua County will spend $2.5M in federal aid on a publicly-owned slaughterhouse