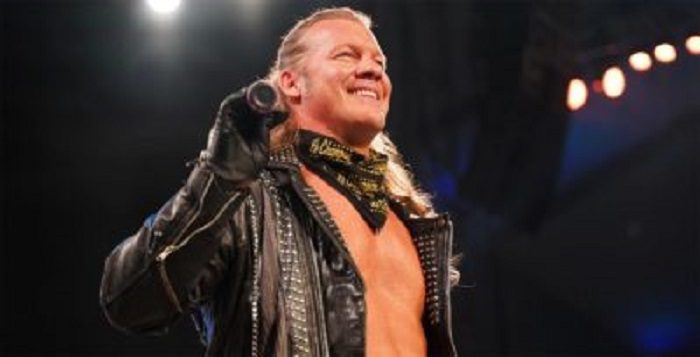 That’s a different kind of story. Wrestlers are larger than life characters who get in the ring and showcase their talents on rather grand stages. It can be a lot of fun to see what a wrestler can do when they are given the chance, but there also comes a point where they leave the ring and their real lives continue. Now one wrestling legend has some interesting stories about things that might have happened to him outside the ring.

IN CASE YOU MISSED IT: Just Keep Waiting: Missing AEW Star Reportedly Medically Cleared For “Quite Some Time”

Chris Jericho appeared on the Howie Mandel Does Stuff show and spoke about possible incidents with time displacement and spirits. Jericho said that he believes he has dealt with time displacement, not remembering a fifteen hour period. Jericho insists that he was not drinking or doing drugs, but that he has a big chunk of time missing. While he did not say it was what happened, Jericho said that it like when you get abducted. In addition, Jericho told a story about being in a mass grave in a Louisiana bayou. After putting a machete into the ground, a shaman told Jericho that spirits were attached to his body and he had to be cleansed.

Here are some of Jericho’s statements, with transcription courtesy of Fightful.com:

“I’ve had time displacement. It’s when you can’t account for a certain stretch of time. It’s when you get like abducted. I was driving home on a country road and it should have taken me about an hour to get home, and instead of getting home at 2 AM, I got home at 5 PM. I still don’t know what happened. I don’t know. I wasn’t drinking, I wasn’t doing drugs or anything. There is just a big chunk of time missing. I should probably go to a hypnotist and see what happened, if there was any abduction. I’ve had time displacement.”

On The Louisiana Bayou

“Here’s another one, I did a show for the travel channel, called Chris Jericho: Hunting Monsters. We went to the Louisiana Bayou to look for a Louisiana Werewolf. When we were there, there was a voodoo priest who put a curse on a town in the 20s. When she put a curse on the town, this is real, a hurricane came and killed 50 people. They have a mass grave in the middle of the swamp. We were out there and I had a machete, I was cutting through the swamp and we got to the mass burial ground. I put the machete in the ground. They had the ghost hunters there with the thing where they scan you and the lights come on if something is attached to you.”

And On Being Told About Spirits

“These guys were scanning me and it was going full-on Defcon green right on my arm. I was like, ‘let me see this thing. Is there a button you’re pushing?’ No, I do it to myself and it’s blinking. Then I started feeling queasy, like I had been on a rollercoaster. ‘This is f***ing not good. I have to get out of here, this is really bad.’ I pulled the machete out of the ground and it went away. I’m wondering if maybe when I put that machete in the ground, it made somebody mad that was buried there. I felt some weird shit going on in my body. I talked to a Shaman and they were like, ‘It happens, you get spirits attached to you and you have to be cleansed.’ It’s pretty out there stuff, but when you’re there and it’s three in the morning and you feel something weird going on and you know it’s not normal, it’s hard to explain it.”

Let’s go with what Jericho is better known for doing. Check out the full interview and some of his time in AEW:

Ric Flair Parties It Up At Tampa Bar

REPORT: Major WWE event planned for next month in India