Stefanos Tsitsipas extended Team Europe’s lead at the Laver Cup Friday, when he produced a ruthless performance to brush aside Team World’s Diego Schwartzman 6-2, 6-1 in London.

In front of a packed crowd at The O2, the Greek looked in control from the first point, overpowering the Argentine with his brutal forehand to move his side into a 2-0 lead against Team World.

Tsitsipas struck 17 winners and committed just six unforced errors to seal victory after 77 minutes. The World No. 6 has now won all three matches he has played at the Laver Cup, while he has improved to 4-2 in his ATP Head2Head series against Schwartzman.

The Norwegian, who won his only clash at the tournament last year, quickly found his range on the hard courts at The O2 in London. The 23-year-old struck his groundstrokes with consistency during the first set as he outlasted the American in the longer exchanges. He then recovered from a dip in the late stages of the second set, holding his nerve in the Match Tie-break to triumph after one hour and 49 minutes in their first ATP Head2Head meeting. 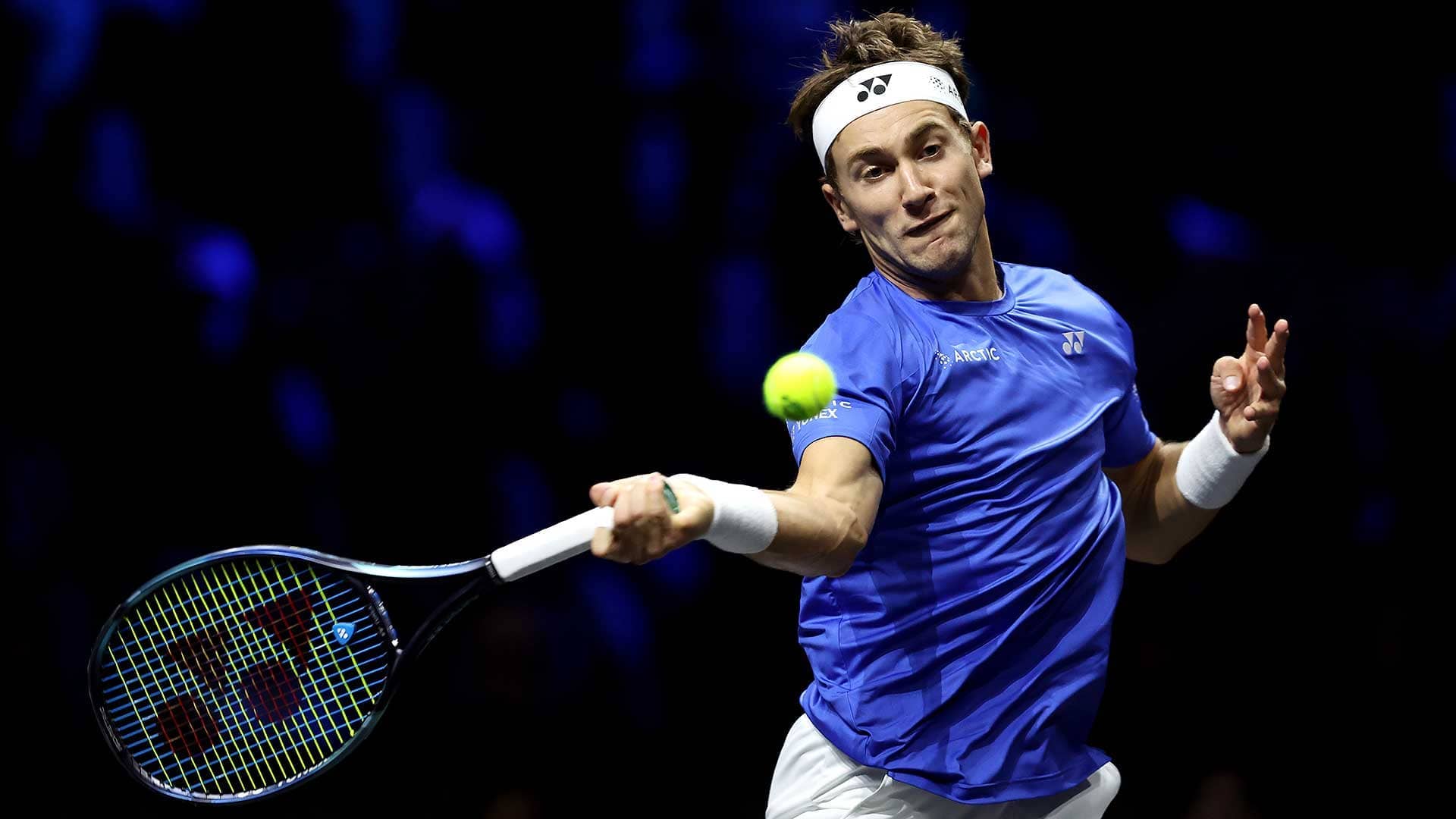 Casper Ruud” style=”width: 100%;” />
Photo Credit: Julian Finney/Getty Images for Laver Cup
The World No. 2 has now won eight of his past nine matches after advancing to his second Grand Slam final at the US Open earlier this month.

Captain Bjorn Borg is aiming to guide Team Europe to its fifth consecutive Laver Cup title against John McEnroe‘s Team World side this week in the UK capital.

Later, Roger Federer will play his final tour-level match when he takes to court with Spaniard Rafael Nadal in doubles. The Swiss-Spaniard tandem will face Team World’s Sock and Frances Tiafoe following the conclusion of Andy Murray’s match against Alex de Minaur, which will start at 7 p.m. local time.