“After working with Chief Hale for 26 years in Dallas before his departure to the City of Galveston, I am looking forward to him joining our talented executive team,” said Chief Aziz. “Chief Hale has a venerated record of crime reduction, community policing, and command experience that will serve the Department and the residents of Prince George’s County well.”

Chief Hale was appointed Galveston’s Chief of Police in January of 2018. Prior to becoming Chief, Hale spent 26 years with the Dallas Police Department, rising to the rank of Deputy Chief and serving in that role from 2010 to 2017. His tenure in Dallas includes roles in Special Operations, Narcotics, Vice, Patrol Operations, Media Relations, Training, and the Underwater Recover (Dive) Team, among other assignments.

Chief Hale is the recipient of the 2019 NAACP Community Champion Award and the First Union Church Black History Image Award. For more than a decade he served as an Adjunct Professor at various universities teaching criminal justice. 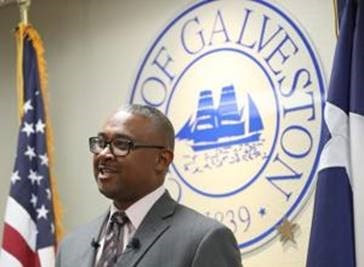 Getting to Know Dr. Ryan Hall at Hinckley and Hall Ear, Nose & Throat...

Samuel Sage - October 17, 2021 0
EastIdahoNews.com is highlighting hardworking people who make our local businesses a success. Every Sunday, we’re Getting to Know YOU! 1. Name, job...

The Sacred Journey: Re-Making Our World Anew to Observe the One-Year...