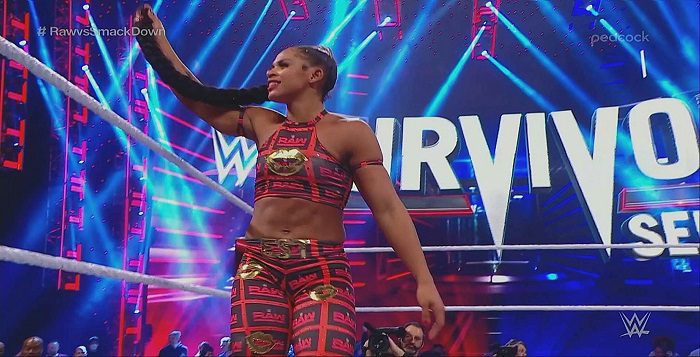 That would be a sight. Celebrities have quite the history in wrestling as a lot of fans could be interested in seeing what happens when a mainstream name tries their hand at wrestling. That could lead to a variety of different results, some of which are a lot more successful than others. Now a top WWE name is interested in bringing another celebrity into the ring to see how things go.

IN CASE YOU MISSED IT: His Other Job: Bobby Lashley Filming Reality Show In Surprise Field

During an interview with Metro, Raw Women’s Champion Bianca Belair said that she wanted to bring Rihanna into the wrestling world and possibly team with her. Belair said the two could be WWE Women’s Tag Team Champions, saying they could break the internet together. Belair had previously done an advertising campaign for Rihanna’s Fenty Beauty makeup line.

Belair has made quite the impact in WWE. Check out some of her best moments: