They don’t seem happy with him. There are no people in wrestling, or almost anywhere else for that matter, like Brock Lesnar. In addition to being one of the most successful WWE stars of all time and a champion in multiple other sports, Lesnar is known for his love of hunting and fishing. However, one of those things has landed him in some hot water, at least from some fans.

Lesnar has posted a photo to Twitter showing him holding the head of a buck that he likely killed himself. The photo has resulted in a series of negative reactions from fans on Twitter, condemning Lesnar for killing the animal. Lesnar has not responded to the tweets. Lesnar last wrestled for WWE at Summerslam in July and is expected to return to the ring at Crown Jewel in November. 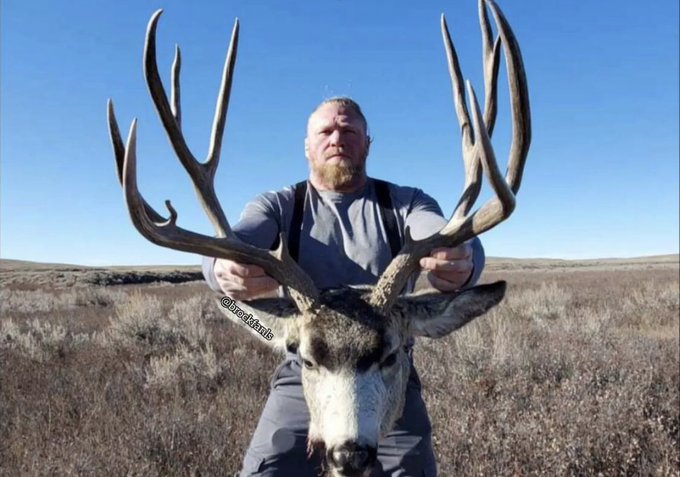 @WrestleOps I love Brock, he’s a beast. But trophy hunting should not be a thing

@WrestleOps People getting excited and happy seeing an animal getting killed and used as a trophy by a celebrity really need help. It’s sad 🙁

@WrestleOps I really wish you hadn’t posted this. Fair enough it’s his right to choose to hunt whether I agree with it or not, but that sort of picture is horrible to see for me personally and I’m sure a lot of others won’t like it either.

Opinion: This is one of those things that is going to be controversial no matter which side you are on and that is not the biggest surprise. Lesnar does things a bit differently than most and that is going to be the case. If Lesnar wants to do something like this then good for him, but there are going to be some people who do not care for this kind of hunting, which is also understandable.

What do you think of Lesnar? Who do you want to see him face next? Let us know in the comments below. 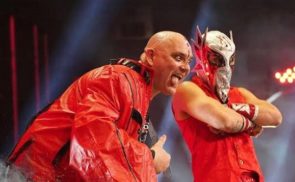