Irene Cara, Oscar and Grammy winner from ‘Fame’ and ‘Flashdance,’ dies at 63 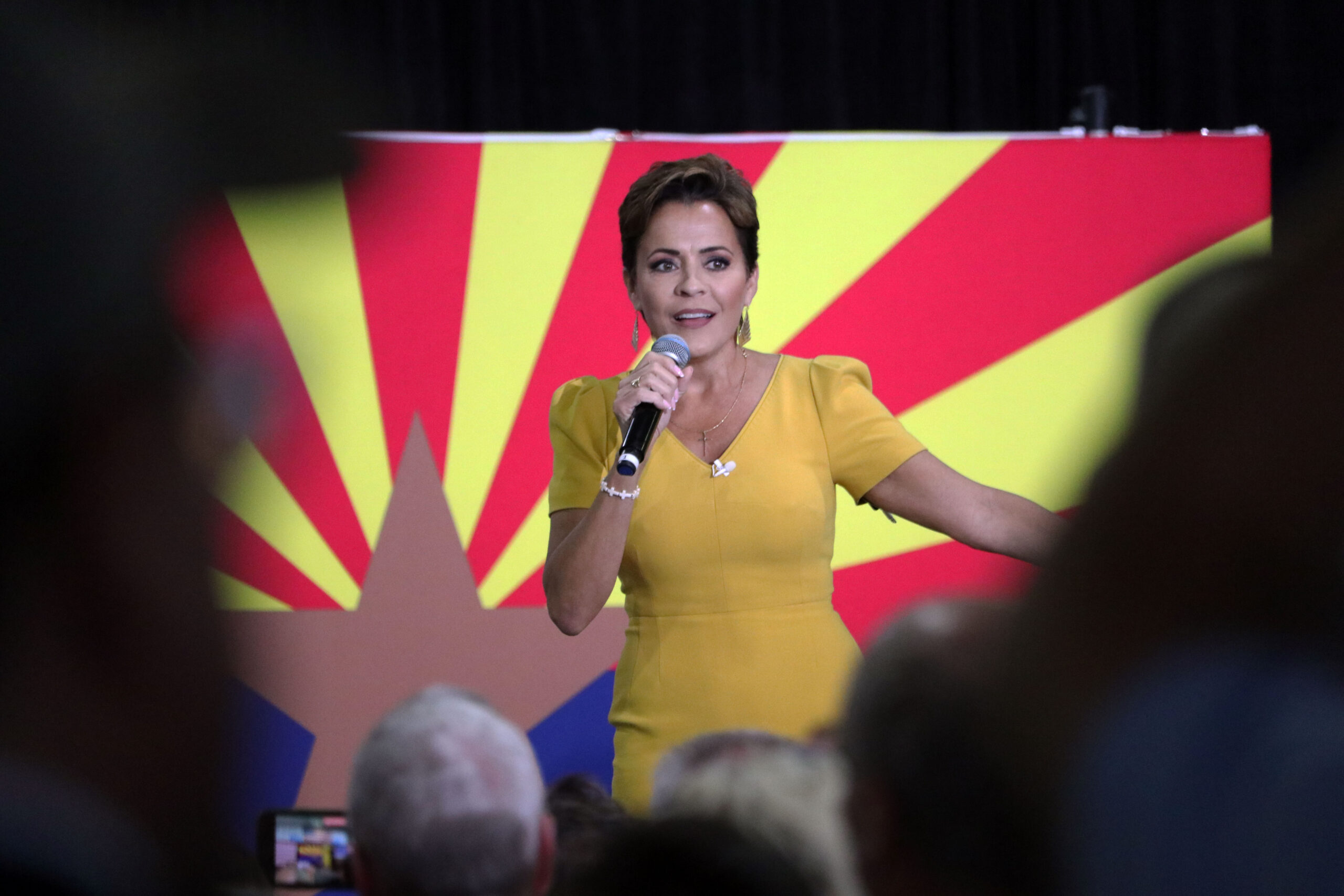 Republican Kari Lake has filed a lawsuit against Maricopa County election officials, demanding they provide information about voters whose ballots were affected by tabulation mishaps in the county on Election Day in a last-ditch attempt to cast doubt on the results that determined she lost her bid for governor.

In a video interview with former Trump administration official Steve Bannon, Lake slammed the county’s handling of the election and said the information her campaign is seeking will be used to bolster a follow-up lawsuit.

“We need information from Maricopa County. They ran the shoddiest election ever in history and we want some information,” Lake said in the video. “We’re on a timeline, a very strict timeline when it comes to fighting this botched election.”

GET THE MORNING HEADLINES DELIVERED TO YOUR INBOX

Lake, who has built her brand on the inaccurate claim that the 2020 election was marred by fraud, has previously indicated that she would refuse to accept the outcome of a midterm election in which she was not the winner. Democratic nominee Katie Hobbs won the gubernatorial race by around 17,000 votes, a margin by which a recount is not warranted under current state law.

Problems with on-demand printers on Election Day affected around 70 polling places in Maricopa County and resulted in some confusion as voters were directed to either place their ballot in a special drawer, nicknamed Door #3, for later tabulation at Maricopa County Tabulation and Election Center or check-out of vote centers experiencing issues to vote at a second site. Some 146 people left voting centers experiencing issues without checking out and traveled to a second site, where they were issued provisional ballots. The county promised to review and count those provisional ballots.

In the brief, Lake’s attorney alleges that as many as 118 polling centers in the county dealt with issues because of tabulators which wouldn’t read ballots, leading to frustrated voters who were forced to wait in long lines or left without voting. The lawsuit requests that the court require the county’s election officials to provide public records before the canvassing deadline of Nov. 28, to give Lake’s campaign time to seek redress.

“In the absence of an immediate and comprehensive production of the requested public records, (Kari Lake) cannot ascertain the full extent of the problems identified and their impacts on electors,” wrote Timothy La Sota, Lake’s attorney.

The lawsuit relies on declarations from voters, some of whom shared that they ended up leaving due to long wait times, said they were afraid their votes weren’t properly counted or personally witnessed chaotic conditions at poll sites.

The information being requested is extensive and wide-ranging, including the names and contact information of voters who were present at polling sites that experienced printer malfunctions, the number of ballots that were spoiled or canceled for any reason, and the number of UOCAVA ballots, cast by overseas military members, and their verification processes.

Also requested are the names and contact information of voters who dropped off a mail-in ballot on Election Day and also submitted an in-person ballot, resulting in the rejection of the former. The information of voters who filled in provisional ballots after checking in at a second site, as well as data on polling sites and the wait times that were reported online were also requested.

Adjudication, the process by which election officials determine the intent of a voter when dealing with uncertainty about the voter’s eligibility or choice, also came under fire in the lawsuit, which requested that adjudication rates by legislative district be provided.

Lake’s lawsuit comes as election officials in the state are grappling with several challenges from Republican politicians. On Tuesday, Republican nominee for Attorney General Abe Hamadeh filed against Maricopa County, claiming that issues on Election Day cost him the race. The Republican National Committee joined Hamadeh in his suit, but did not bolster Lake’s.

Also on Tuesday, outgoing Republican state Sen. Kelly Towsend, who currently chairs the Senate Government Committee, subpoenaed the Maricopa Board of Supervisors, which oversees Election Day voting. Townsend, a frequent proponent of the Big Lie, demanded that the board provide more information on the tabulation and printer malfunctions that occurred during the midterm election and gave them until Nov. 28 at 9:30 a.m. to answer.

Maricopa County Offices are closed Nov. 24 and Nov. 25 for the Thanksgiving holiday.

Republican Attorney General Mark Brnovich sent a letter on Saturday asking Maricopa County for an explanation of how the problems with on-demand printers at polling sites occurred and were fixed. The county replied it would answer after the official canvass on Nov. 28, which is statutorily mandated, was completed.

Irene Cara, Oscar and Grammy winner from ‘Fame’ and ‘Flashdance,’ dies at 63