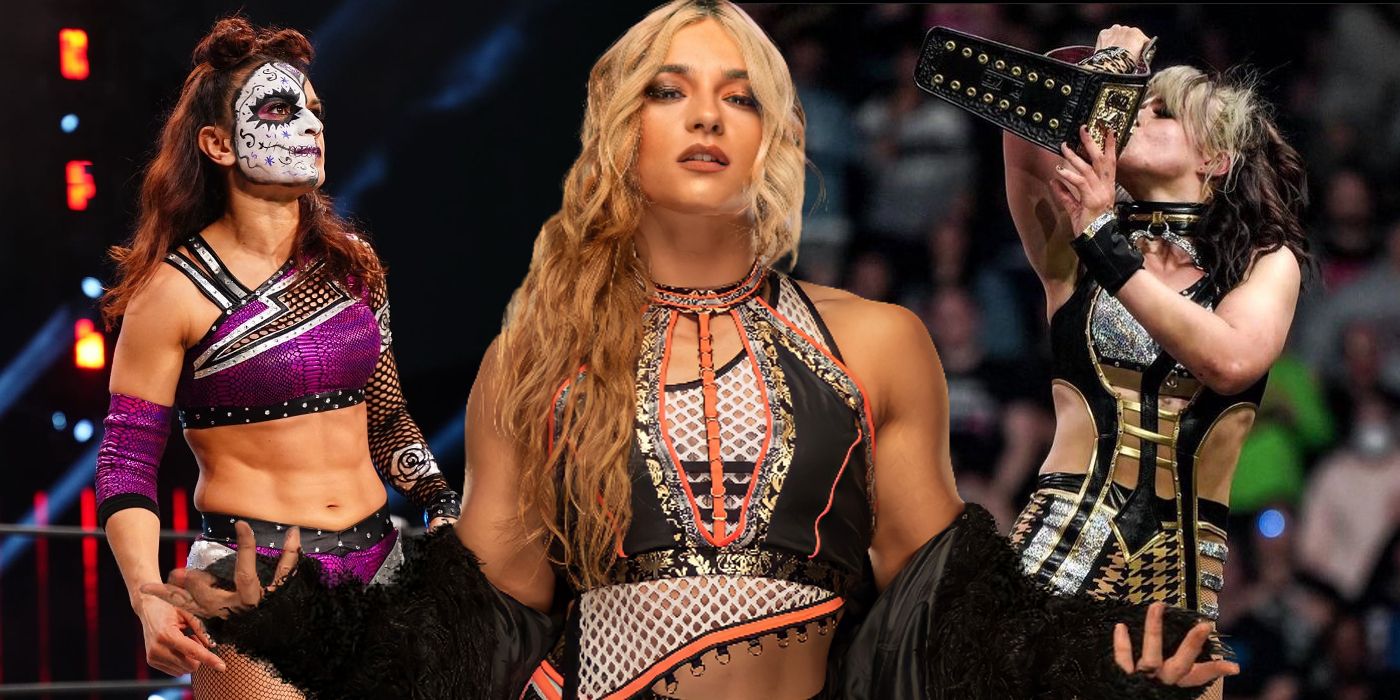 AEW has officially declared Jamie Hayter the AEW Women’s World Champion after reaching an agreement with former lineal champ Thunder Rosa, who has relinquished the title.

On this week’s edition of AEW Dynamite on TBS, Renee Paquette took to the stage to announce that AEW had asked Rosa to give up the gold due to the uncertainty surrounding her recovery. Rosa agreed to forfeit the championship, which means that Jamie Hayter is now the lineal AEW Women’s World Champion. Hayter and her buddy Britt Baker joined Paquette on the stage … but it was Baker who did the talking, letting everyone know that she and Hayter never considered the title an interim one in the first place.

In case you missed it, Hayter defeated Storm at Full Gear last weekend to become the interim champ. Storm became Interim AEW Women’s Champion at All Out on September 4 when she defeated Baker, Hayter, and Hikaru Shida in a four-way match. The match came about when then-lineal AEW Women’s Champion Thunder Rosa sustained an injury and announced that she would be unable to defend the gold.

TheSportster Podcast has returned! Check out the latest episodes of the show where Jim Parsons and Norman Quarrinton cover the latest news and events happening in the worlds of WWE, AEW and more!