Is AEW Going In The Right Direction? – PWMania – Wrestling News 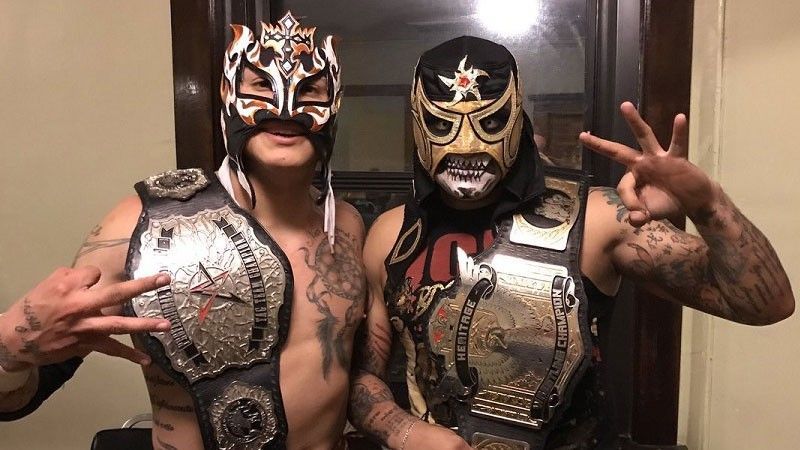 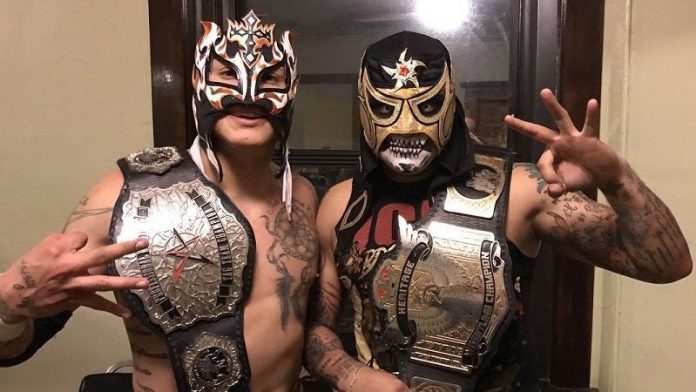 Since Twitter is still in existence, after eccentric billionaire, Elon Musk brought back the orange villain, I was scrolling through the social media platform Monday night, and was pleasantly surprised to find something positive about pro wrestling. AEW star Pentagon was featured on Monday Night Football meeting, one of the San Francisco 49ers, George Kittle, the tight end for the team who is a big wrestling fan. The Luchador sported his trademark mask and presented a 49ers themed mask to the Kittle. It gave me the impression that Pentagon could be somewhat of a main stream star for the promotion, if Tony Khan ran with him on a more streamlined basis, as opposed to being a placeholder for The Elite’s return in the trios division. Granted, I have written that I think Pentagon has the gimmick, the look, and the skill to be a top guy. Much of the same can be said for a Fenix, but that’s a different discussion for a different time.

This brings up the bigger point of if Tony can adjust his booking philosophy to attempt to maximize the pieces of the puzzle already on the roster instead of looking for the artificial pop of signing new acquisitions. Ironically, just within the past few weeks, Bandido, AR Fox, and Takeshita were signed to contracts. The situation, despite being overly complicated in the AEW landscape, is rather simplistic in the grand scheme of things. Just because a performer has the talent to be on a national stage, it doesn’t always mean that they should get signed to a specific promotion. The reason being, is that it must be taken into account if a competitor fits in the promotion or if there’s a place for them on the roster. One example would be ECW alumni, Mikey Whipwreck’s six=month tenure in WCW. The former ECW champion had a handful of matches on Turner television, but wasn’t used in any way that would be considered productive and his entire tenure there was so under the radar that it was mostly forgettable to casual fans of that era. Point being, Whipwreck had a prominent spot in the Philadelphia-based organization because Paul Heyman knew how to best utilize his skill set. The Turner company simply didn’t know how to book a misfit character as an underdog. Along with that, much of his success in ECW was also based on how the diehard crowd adopted him as a sentimental favorite. Even after his return to ECW and when his character evolved, it was still tailored for an extreme product for his association with the Sinister Minister and the tag team with Tajiri.

In a similar fashion, AR Fox is undoubtedly an incredible athlete with spectacular aerial offense. This doesn’t take away from any of those skills, and perhaps he should have a spot ina promotion on a bigger scale than just the independent circuit, but the question should asked, is there a place for him on the current AEW landscape? That is not diminish his talent but he works a very similar style to the rest of the roster so the question becomes not if he’s talented enough, but rather is AEW the best place for him? He might be better off with the chance to compete somewhere that has the ability to fully utilize his skills. Based on the almost comical amount of signings in All Elite, the odds say that he will get lost in the shuffle on the YouTube shows within a few weeks. In the same way, AEW as a promotion should take into account if they can fully showcase AR Fox. If not, the return on the investment won’t be worth the contract. That’s why timing is so critical with signings, and the overall career path of these competitors. As stellar as Bandito is, and the argument could be made that he has a bigger upside than Fox, I wouldn’t be shocked if Bandito gets lost in the shuffle, too.

It’s a harsh reality, but not everyone can be a star. That’s not a knock on anyone’s talent level either, I have used this example a few times since this scenario continues to be relevant, D’Lo Brown wasn’t necessarily going to main event Wrestlemania, but was a solid in-ring performer that consistently delivered quality matches and helped build a card in the process. His role wasn’t to work a a 20-minute main event, but rather contribute to the overall quality of the card. The same can be said for Al Snow, who knew how to entertain audience and was a solid performer that consistently delivered what was asked of him by the office. In the social media page, so often fans jump to the conclusion that a performer is being buried by management, but you have to consider that some talent are showcased in a specific role for the overall quality of the product. A successful career as a mid-card performer is still successful because it provides financial security, and the bottom line of the wrestling business is to make the most money possible. There’s a reason that guys like also Brad Armstrong and others were under contract for as long as they were because they could deliver what was needed for the show on any given night.

In many ways, AEW or more specifically, Tony Khan has not grasp this concept. It’s a harsh reality, but when you try to get everyone over, generally nobody fully gets over as well as they would’ve otherwise.

That is to say that not every match on a pay-per-view needs to be given 20 minutes, or that each performer should be given equal time to shine throughout a contest. While it would be nice if everyone could be a big time star, it’s not realistic and ahead of 2023, AEW must work to maximize its assets in an attempt to maximize its audience.

This is where the situation gets a little murky because with Raw, the traditional flagship show of the biggest wrestling promotion in the world, garnering less than 2 million viewers on some weeks, and SmackDown generating a little over two million viewers on network television, the question is, what’s the ceiling on an audience for the second biggest national wrestling promotion in the United States? We can make the assumption based on the fact that All Elite Wrestling debut broadcast drew 1.4 million viewers that they could definitely be drawing better numbers than the million or so viewers that they hover around on a regular basis. In fact, more recently, the program drew a little over 800,000 viewers, which would be concerning because there is somewhat of a level of inconsistency with the ratings based on the competition of other sports on a certain week.

Regardless of how you look at the numbers, it’s clear that All Elite could draw better ratings.

If that can be accomplished remains to be seen, but one thing is for sure, if Dynamite is going to draw better numbers, there must be a more organized approach to the product. Again, when you try to get everyone over, it makes it difficult for anyone to get over. Pentagon was featured on national television, but his current path will probably be to put The Elite over in an unnecessary best-of-seven series. In my opinion, Tony Khan should pick a few of the prospects that might have potential to be the future of the company and plan to give them consistent and meaningful television exposure. A few months ago, Daniel Garcia was a regular on Dynamite, but has been floundering in Youtube obscurity for the past five weeks. How’s he supposed to become a star for the company without consistent momentum? Can anyone find Miro?

Booking pro wrestling isn’t easy, and Tony Khan found that out during the past few years. There’s a reason that the vast majority of notable bookers throughout the history of the sport are also usually considered some of the best minds in the industry. Tony putting names on paper isn’t necessarily booking wrestling. As I’ve said before, you have to give Khan credit for being willing to invest in a sports entertainment venture, but at the same time, getting the “booker of the year” award from The Wrestling Observer doesn’t sell tickets. Tony Khan is a billionaire so I’m nobody to tell him anything, but my two cents on the situation would be book the product with guys like Wardlow, Powerhouse Hobbs, Eddie Kingston, and Pentagon as those that should have the main event spots this time next year. The reason being, the argument could be made that all of those guys should already be in a better spot than they are now, but Tony didn’t fully utilize the opportunities for them to get there.

There’s a difference between booking pro wrestling and putting names on paper, the same way there’s a different between being an alternative to WWE or simply being another option. There’s no doubt that All Elite has a tremendously talented roster, but to use that talent to its fullest potential, the pieces of the puzzle have to be in the right place for the company.

What do you think? Share your thoughts, opinions, feedback, and anything else that was raised on Twitter @PWMania and Facebook.com/PWMania.

Until next week
-Jim LaMotta