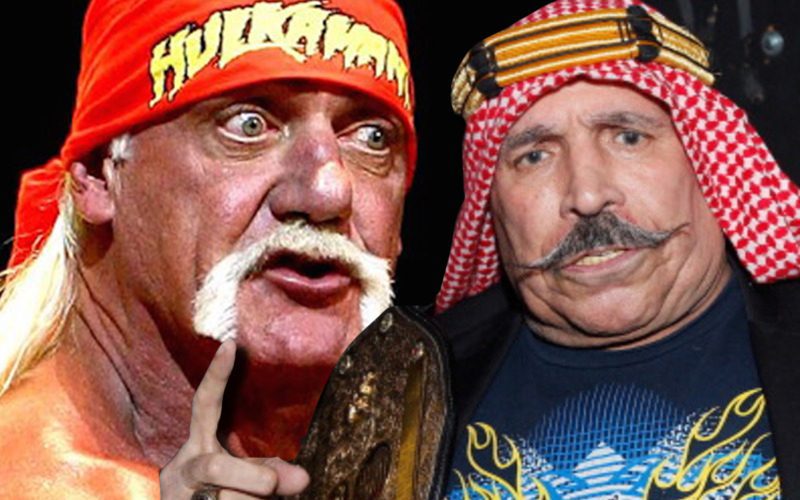 Hulk Hogan remains one of the most well-known pro wrestlers in the world of professional wrestling, with his influence in the business never being understated. However, his troubled past concerning racism has ultimately led to his downfall. The Iron Sheik is always going after Hogan and he did so again recently.

Hulk Hogan is also no stranger to controversy, even excluding racist remarks. The Iron Sheik never stops his ongoing campaign to terrorize Hulk Hogan. Last year, he called him a dumb son of a bitch on his birthday. He has also accused Hogan of being “the jabroni of the Earth.”

The Sheik took to Twitter and wished everyone a Happy Thanksgiving, except Hulk Hogan, whom he shared his pure disdain for yet again.

Sheik’s pure hatred towards Hulk Hogan dates back to their famous match in 1984. Hulk Hogan has been known to exaggerate the truth in the past as well and that’s unlikely to ever change.

What do you think of Sheik’s tweet? Let us know in the comments!