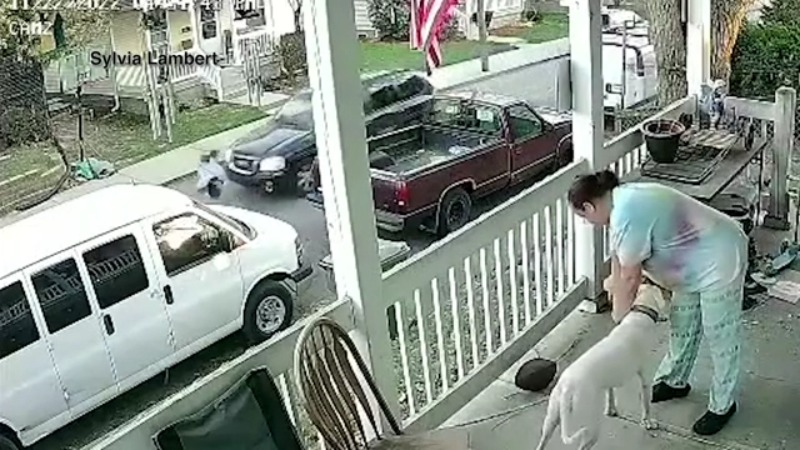 INDIANAPOLIS — A Indianapolis family on the city’s near southeast side is asking for the public’s help in identifying a driver who hit their 8-year-old son and then fled the scene.

According to an Indianapolis Metropolitan Police Report, the hit-and-run occurred at 4:20 p.m. on Tuesday in the 1100 block of St. Paul Street, a residential area near Prospect Street and S. Keystone Avenue.

Advertisement
‘I’ll kill you!’: Man arrested for Fishers road rage shooting fired his gun just days before after having to slow down due to a truck

Video provided by the family shows the 8-year-old boy pick up a basketball and run from his porch into St. Paul Street, where a small basketball hoop was set up on the narrow residential street.

A dark-colored GMC SUV suddenly flies into view, appearing to drive at a high rate of speed while also going the wrong way on a one-way street. The SUV strikes the boy right as he emerges from between two parked cars onto the road.

The SUV initially stops after hitting the child, but the driver then changes their mind and flees the scene once family members start running into the street.

Fortunately, family members said the 8-year-old boy was not seriously injured, though he did reportedly suffer a fractured rib.

At this time, no arrests have been reported in the hit-and-run. The family is hoping the public can help identify the GMC and its driver, however, and bring them to justice.

Anyone with information is asked to contact Crime Stoppers at (317) 262-TIPS.