Ethiopia’s government is criticizing as “unethical” the statement by the World Health Organization’s director-general that the crisis in the country’s Tigray region is “the worst disaster on Earth” and his assertion that the lack of attention from global leaders may be due to Tigrayans’ skin color.

The spokeswoman for Ethiopia’s prime minister on Thursday told journalists that the comments by WHO chief Tedros Adhanom Ghebreyesus were “unbecoming of such a high-profile position.” Billene Seyoum suggested that Tedros, himself an ethnic Tigrayan, should recuse himself from his post if he wants to talk that way.

She spoke a day after the WHO chief in an emotional statement at a press briefing asserted that the 6 million people in Tigray have been “under siege” for the last 21 months because of the conflict that erupted there in late 2020 between Ethiopian and Tigray forces.

“I haven’t heard in the last few months any head of state talking about the Tigray situation anywhere in the developed world. Anywhere. Why?” Tedros asked. “Maybe the reason is the color of the skin of the people in Tigray.” Earlier this year, he asked whether the world’s overwhelming focus on Russia’s war in Ukraine was due to racism, although he acknowledged the conflict there had global consequences. 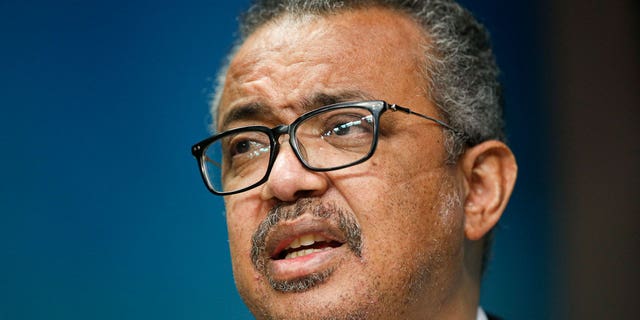 The head of the World Health Organization, Tedros Adhanom Ghebreyesus speaks during a media conference at an EU Africa summit in Brussels on Feb. 18, 2022. Ethiopia’s government on Thursday, Aug. 18, 2022 is criticizing as “unethical” the statement by the World Health Organization’s director-general that the crisis in the country’s Tigray region is “the worst disaster on Earth” and his assertion that the lack of attention from global leaders may be due to Tigrayans’ skin color. (Johanna Geron/Pool Photo via AP, File)
(Johanna Geron/Pool Photo via AP, File)

WILL MONKEYPOX BECOME ANOTHER COVID OR HIV?

Ethiopia’s conflict has serious regional implications, with the potential to destabilize the strategic and sometimes turbulent Horn of Africa region.

Very little humanitarian aid was allowed into Tigray after Tigray forces retook much of the region in June 2021, and humanitarian workers and local health workers described people starving to death and basic medical supplies running out.

Aid has started flowing more substantially in the past few months amid international mediation efforts, but the deliveries are widely described as inadequate to meet the needs of the millions of people essentially trapped there. Aid groups say major shortages of fuel to deliver supplies remain. 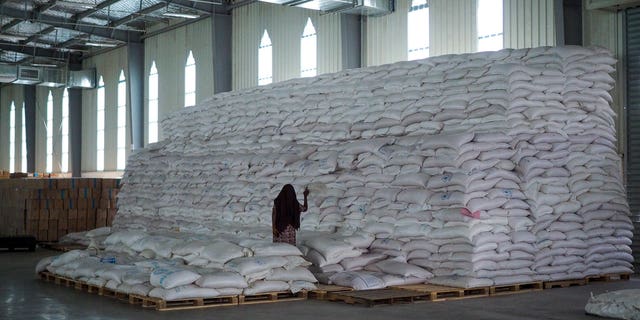 A worker walks next to a pile of sacks of food earmarked for the Tigray and Afar regions in a warehouse of the World Food Programme (WFP) in Semera, the regional capital for the Afar region, in Ethiopia on Feb. 21, 2022.
(AP Photo, File)

The resumption of basic services and banking remains a key demand of the Tigray leaders. On Thursday, the prime minister’s spokeswoman said “an operable environment needs to happen” for the return of those services, including safety guarantees for service workers in the region.

She also noted a government proposal for “peace talks in the coming weeks” and stressed they must be without preconditions. She accused the Tigray leaders of “looking for excuses to avoid these peace talks.” 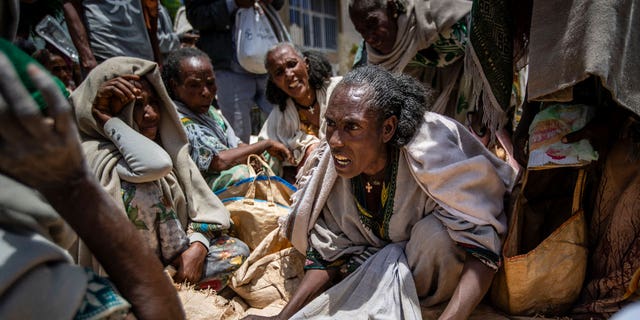 An Ethiopian woman argues with others over the allocation of yellow split peas after it was distributed by the Relief Society of Tigray in the town of Agula, in the Tigray region of northern Ethiopia on May 8, 2021.
(AP Photo/Ben Curtis, File)

She dismissed Tigray forces’ allegations of new attacks by Ethiopian forces as “a mechanism to deflect” discussions on the peace process.

Ethiopia’s government has said it is willing to hold talks “any time, any place” but led by its preferred mediator, the African Union special envoy.

In a sign of its rejection of other mediation efforts attempted by neighboring Kenya’s President Uhuru Kenyatta with backing from the United States, Ethiopia’s government offered its congratulations to Kenyan president-elect William Ruto within minutes of Monday’s declaration of his election win.