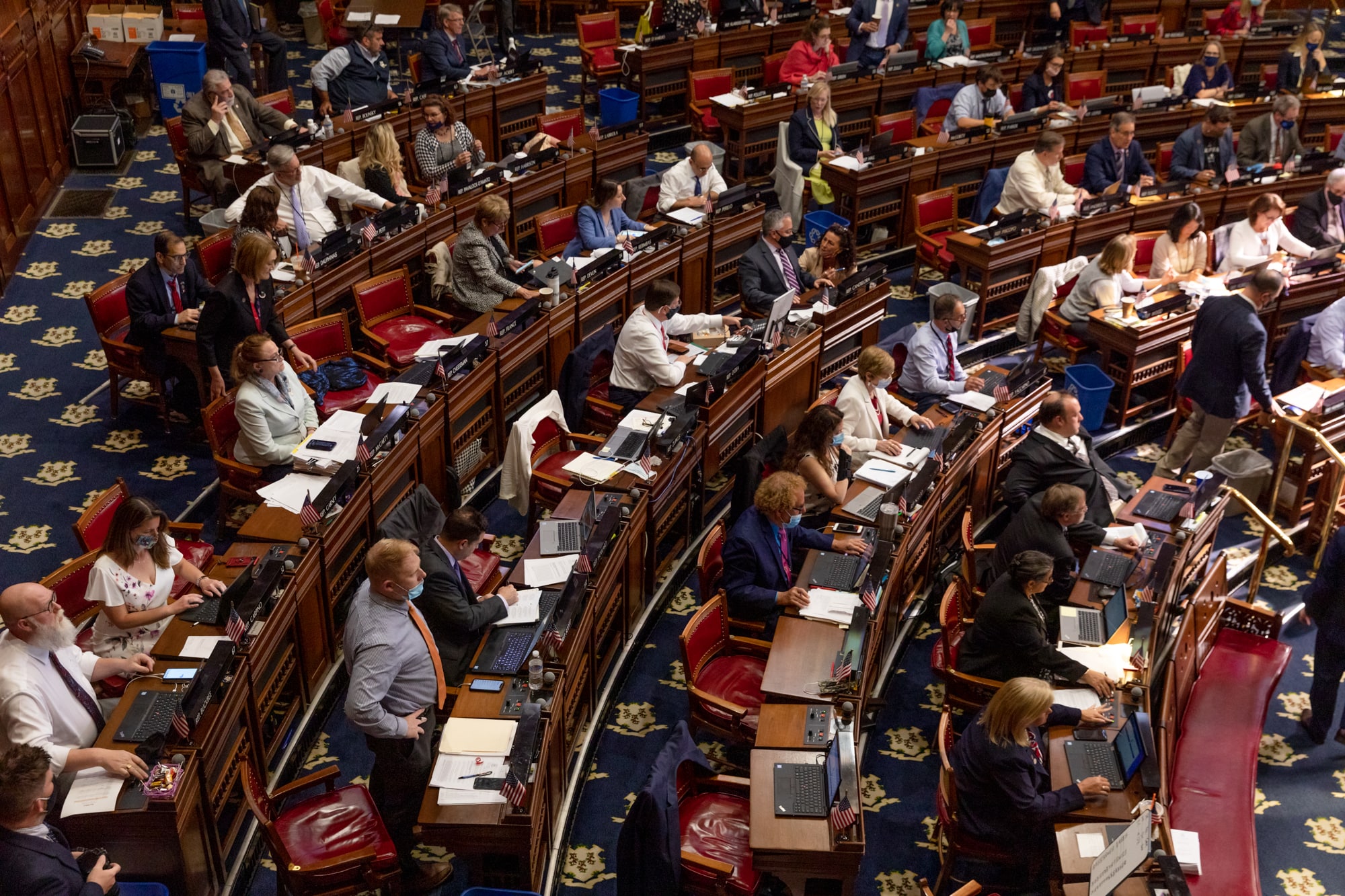 The General Assembly will convene in special session on Monday to extend a gasoline tax holiday and adjust coronavirus pandemic bonuses for essential workers.

Lawmakers are expected to consider all four initiatives in one bill to be debated first in the House of Representatives, Speaker Matt Ritter, D-Hartford, said Wednesday.

The House is scheduled to convene at noon Monday, with the Senate going into session shortly after the House concludes its business.

Discounted gasoline prices to continue until May 1

“I expect we’ll see some bipartisan support” for the relief bill, Ritter said.

Both majority Democrats and Republicans have argued for a second extension of the gasoline tax holiday, which has suspended Connecticut’s 25-cents-per-gallon retail fuel levy since April 1.

Connecticut also collects a wholesale tax on gasoline and on certain other fuels. That’s equal to 8.81% of the wholesale price and is capped by law at about 26 cents per gallon.

The retail tax holiday was originally scheduled to expire June 30, but legislators and Gov. Ned Lamont extended it through Nov. 30.

Retail prices for regular gasoline hovered around $4.30 per gallon on April 1 when the holiday began and peaked on June 14 at $4.98 per gallon, according to the AAA.

But after a summer of declines, the price began to creep upward this fall.

Ritter added that legislators will continue to monitor energy prices closely throughout the winter. The regular 2023 General Assembly session convenes Jan. 4, and should prices spike severely again, lawmakers would be able to react quickly.

“This [second extension] is our best idea right now,” he said. “If we have to make adjustments once we’re back in regular session, we can certainly do that.”

A second extension to the gasoline tax holiday isn’t the only energy issue legislators are expected to tackle Monday.

Legislative leaders and the governor have agreed to commit close to $35 million in additional state funds, if necessary, to bolster the Low-Income Home Energy Assistance Program, commonly known as LIHEAP, which helps low-income families cover winter heating and other energy costs.

The program traditionally is funded with federal grants. Connecticut has received about $94 million from Washington this year and has another $6 million carried over from last year’s budget.

Republican lawmakers want a $205 million LIHEAP budget, with state funds filling in what the federal government won’t fund. Lamont and his fellow Democrats in legislative leadership originally said Connecticut should wait to see if Congress approves more funds for LIHEAP during its winter session.

Republicans and energy assistance advocates here counter that unless LIHEAP is guaranteed adequate funding now, poor households will begin skimping on groceries and essential medicines now to ensure they have enough funds to keep their homes warm.

Lamont announced last week he would support committing an extra $35 million in state funds. That, coupled with federal funding already available, would bring the program budget for this winter to about $135 million, which would match last year’s level.

‘Premium Pay’ also on the table

Legislators will also revisit another program with funding woes when they meet Monday.

They and Lamont approved $30 million last May to launch Premium Pay, which provides bonuses to private-sector workers who staffed essential jobs during the worst of the pandemic in 2020, when vaccines weren’t available.

Labor advocates warned repeatedly the $30 million was far too little, and the governor and legislature stipulated that grants would be reduced proportionally if demand exceeded resources.

More than 134,000 applications from income-eligible essential workers have been approved. And the state comptroller’s office announced all bonuses would have to be reduced by 77% if more funding isn’t added.

State officials also estimated that all grants could be fully funded, as advertised, if another $100 million is added to the $30 million program budget.

Lamont has agreed to add $60 million, which legislators are expected to approve Monday. The administration says the state already has shown strong support for essential workers and that private-sector employers share the responsibility for rewarding these staffers’ efforts during the pandemic.

The final item on legislators’ special session agenda is not a fiscal issue but centers on an expansion of the bottle deposit program set to begin Jan. 1.

In just over five weeks, stores will begin collecting nickel deposits on a new range of bottled products, including: hard cider, plant-infused drinks, juice drinks, tea, coffee, kombucha and sports or energy drinks. The program expansion was approved in 2021.

But because of supply chain issues tied to the coronavirus pandemics, many stores haven’t been able to get these products with the proper new labels identifying the deposit, said Sen. Christine Cohen, D-Guilford, co-chairwoman of the Environment Committee.

Stores still are required to collect the deposit starting Jan. 1, and consumers still will be able to return empties and reclaim their nickels in the new year.

But the legislation to be considered Monday would give stores an extra six months, until July 1, to secure the proper labels identifying these items as subject to the deposit program.

The alternative, Cohen said, is that stores might withhold these items for sale.

“We want to make sure there are no holes or gaps in the products that the consumers are able to receive,” she said. “It [also] helps the grocers keep their stores well stocked in the interim.”

“These actions can help provide more immediate relief for Connecticut residents as consumers across the country are facing rising prices due to a number of international dynamics and market instability that go far beyond our state,” Lamont said.