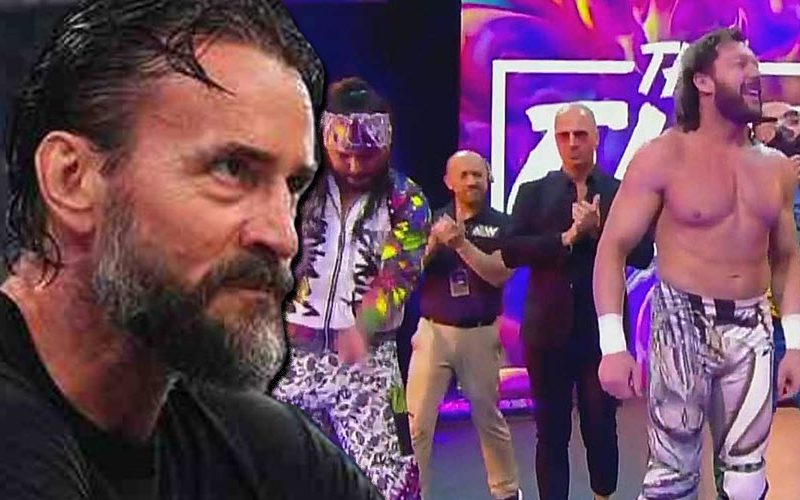 CM Punk went on a scathing rant on Colt Cabana, Hangman Page, and The Young Bucks during the AEW All Out press conference. It only got worse from there, as people now consider him public enemy #1. The Elite even took multiple shots at him on Dynamite this week. It seems this ended up upsetting those close to CM Punk.

Click here for our complete coverage of AEW Dynamite this week.

As seen on this week’s episode of AEW Dynamite, The Elite faced against Death Triangle in the second match of their Best of 7 Series in Punk’s hometown of Chicago. “CM Punk” chants rang out in Chicago during the match, and then The Elite took a huge dig at CM Punk to receive a divisive reaction from the crowd in attendance.

While speaking on today’s Wrestling Observer Radio, Dave Meltzer noted that those close to CM Punk were not happy with the trios match. After all, there were a couple digs at CM Punk during that contest.

“I know that there’s people close to CM Punk that were… boy were they not happy with that six-man tag match.”

What’s your take on what The Elite said? Sound off in the comments!

Yuzvendra Chahal, Arshdeep Singh to be dropped from India’s playing XI for…: Wasim Jaffer ahead of second ODI vs New Zealand