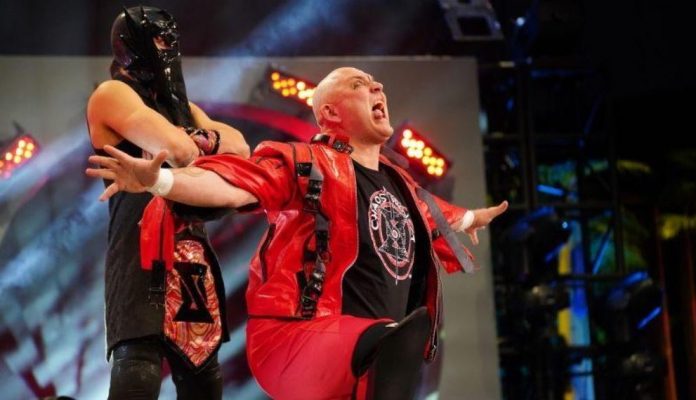 AEW’s Chaos Project is reportedly working for the company behind the scenes.

Luther has been coaching talent for matches for quite some time, according to a new report from Fightful Select. The veteran pro wrestler recently assisted in the coaching of a match during the taping of the Grand Slam edition of AEW Rampage, which will air this Friday. There hasn’t been any word on which match he worked on Wednesday night.

Serpentico, Luther’s tag team partner, has also recently assisted with coaching matches. The veteran pro wrestler is still competing on Dark and Elevation, but he is assisting others on the roster too.

Luther hasn’t wrestled for AEW since mid-May, when he and Serpentico were defeated on Dark by Keith Lee and Swerve Strickland. Four days after the Dark taping, he worked the DPW Fire #10 event, teaming with Serpentico for a loss to DPW Tag Team Champions Patrick Scott and Chance Rizer. Luther was sidelined with an injury following those mid-May matches, but he’s since been medically cleared and returned to the ring on September 9 at SOS Pro Wrestling’s Cast Away event, where he lost to Dean Cooper in an Island Rules Match.

At Wednesday’s Elevation tapings in New York City, Serpentico worked a match against Ortiz, and Luther was in his corner, as he has been for other recent singles bouts. The Ortiz-Luther match will air next Monday.

Luther joined AEW in late 2019, and Serpentico made his debut in March 2020. Luther defeated Serpentico (real name Jon Cruz) on the May 19, 2020 edition of Dark, but they first teamed on the June 23, 2020 edition of Dark, losing to Jungle Boy, Luchasaurus, and Marko Stunt. Chaos Project defeated Pineapple Pete and Brady Pierce in their first standard tag team match on the July 14, 2020 edition of Dark. On October 7, 2020, they made their Dynamite debut in the Chris Jericho 30th Anniversary Celebration episode, where they were defeated by Jake Hager and Luther’s longtime friend, current ROH World Champion Chris Jericho. Luther and Serpentico have only worked three Dynamite shows together since then, and no Rampage shows, but they have worked numerous Dark and Elevation shows.