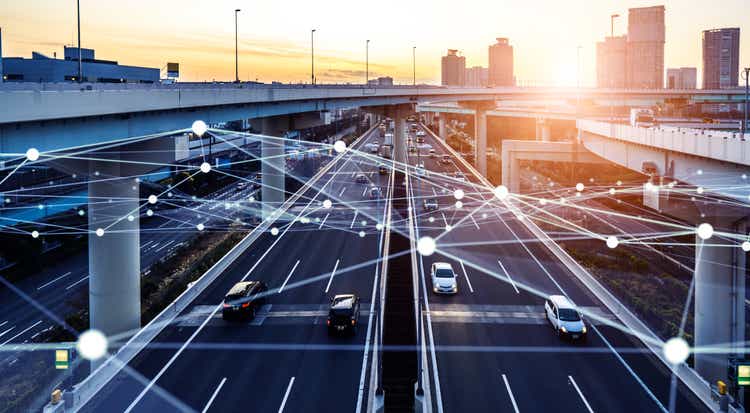 Start your engines: A new “made in China” option for investors looking to tap a developing market for car-based technology powering everything from entertainment systems to digital cockpits is zooming down the pipeline en route to a U.S. listing.

The company in the driver’s seat this time is ECARX Holdings Inc., which said on Monday that the registration statement for its previously announced U.S. listing plan using a special purpose acquisition company (SPAC) called Cova Acquisition Corp. (NASDAQ:COVA) has been declared effective by the U.S. securities regulator. That brings it one step closer towards becoming a publicly traded company on the Nasdaq, with Cova shareholders set to vote on the deal Dec. 14.

If all goes according to plan, the company, which is officially based in London but has strong links to China, expects to complete its listing and start trading on the Nasdaq by year-end.

The transaction will value the newly listed entity at about $3.82 billion, which includes $300 million in cash currently held by Cova. An additional $110 million has been pledged by strategic partners Geely Automobile Holdings (OTCPK:GELYF) (OTCPK:GELYY), one of China’s top carmakers, and U.S. photo editing software maker Luminar (LAZR), with Geely-owned Lotus Technology and two Hong Kong investors supplying funds through their purchase of convertible notes.

So, who exactly is this company and what is its connection to China, which passed the U.S. more than a decade ago to become the world’s largest car market?

According to its materials, ECARX has more than 2,000 employees globally and a product development center in Sweden. But it traces its roots to China. The company is just five years old, co-founded in 2017 by Shen Ziyu, now its Chairman and CEO, and Li Shu Fu, one of China’s best-known entrepreneurs, whose Geely flagship made global headlines in 2010 with its purchase of Volvo (OTCPK:VOLAF) (OTCPK:VLVLY) (OTCPK:VOLVF).

Despite its recent founding, ECARX has managed to quickly build up a business through its deep connection with Geely and the broader Geely ecosystem, which includes not only the core Geely brand, but also its domestic Geometry, Lynk & Co, and Zeekr brands, as well as its overseas Lotus and Proton brands.

A presentation for the SPAC listing shows ECARX posted revenue of $415 million last year and expects the figure to grow by about 30% this year to $539 million. The big majority of that comes from Geely-related sources, though it expects unrelated third-party brands to make up about a quarter by 2023. The company posted a $122 million adjusted EBITDA loss last year, though it expects to become profitable on that basis by 2024, the presentation shows.

Geely is clearly a major investor and supporter of ECARX, though materials reviewed by Bamboo Works didn’t contain information on the size of its actual stake. In addition to Luminar, ECARX’s other investors include Chinese internet giant Baidu (BIDU; 9888.HK), an aggressive player in autonomous driving.

ECARX’s core products include car-based infotainment head units, digital cockpits, vehicle chip-set solutions, and an operating system and integrated software stack. It says its technology has been integrated into more than 3.7 million cars worldwide, nearly all for Geely-affiliated brands.

ECARX, with its British base and upcoming U.S. listing, represents the latest effort in Li Shu Fu’s attempt to recast Geely as a global company, said Bill Russo, founder and CEO of Shanghai-based consulting firm Automobility, “The less nationalistic you are, the better off you’re going to be in a geopolitical environment, especially as high-tech competition becomes complicated.”

Such a global recasting would make Geely and its affiliates not only more acceptable to investors but also to anyone who wants to supply them with technology, Russo added.

ECARX is currently developing an automotive central computing platform, an operating system and software to deliver its products, including the digital cockpit, advanced driver-assistance systems (ADAS) and unsupervised driving (AD), and functional safety solutions. ECARX aims to remove the need for the 100-plus electronic control units (ECUs) in most of today’s cars by providing a full-stack solution that includes a central computer, system-on-a-chip (SoC) core module and software for carmakers.

It all boils down to finding an edge in today’s car-based technology, which came into focus last year when a global chip shortage put a major crimp on the global industry. “It is rather easy to add an extra couple of thousand U.S. dollars worth of sales of electronics, in the name of increased car safety, or enhanced comfort, or high-value entertainment,” said Dr. David Wei, an industrial scientist for global semiconductor equipment giant ASML (ASML). “The automobile and semiconductor industries see the opportunity, and they will not miss it.”

The kinds of products ECARX makes are an area where China would like to be a leader as the world’s largest car market tries to move up the value chain by creating its own value-added technologies.

“In China, you’ve got companies that understand how to integrate and aggregate technology for different types of devices, like ECARX, with investment from Geely and Baidu, both in the hardware and the internet business,” said Russo. He added that ECARX competes with Banma, a company with a similar pedigree through its backing by state-owned auto giant SAIC Motor (600104.SH) and leading internet company Alibaba (BABA; 9988.HK). “These are companies that are born in the digital era and have what I would call digital DNA.”

The ability to integrate software-defined systems into a vehicle is not something that traditional European carmakers are able to do well, which could provide an opening for a company like ECARX that’s based in Europe but has its foundation in China. Russo explained that ECARX may have chosen Europe as its base because most European carmakers aren’t “digital at the core,” and Geely already has a strong partner in the market in Volvo.

In addition to Volvo, Geely’s other brands include Britain’s Lotus and Smart, a joint venture with Mercedes-Benz (MBGAF; OTCPK:MBGYY). It also holds large stakes in Mercedes-Benz, truckmaker AB Volvo and Daimler (DTRUY; OTCPK:DTGHF). As recently as May, it bought a 35% stake in Renault’s (RNSDF; OTCPK:RNLSY) South Korean operations, including its massive but underutilized Busan assembly plant.