UK freshmen dominated U of L. In NIL era, can the Cats keep their young nucleus intact?

Amber Heard named the most googled celebrity of 2022 with 5.6 million searches 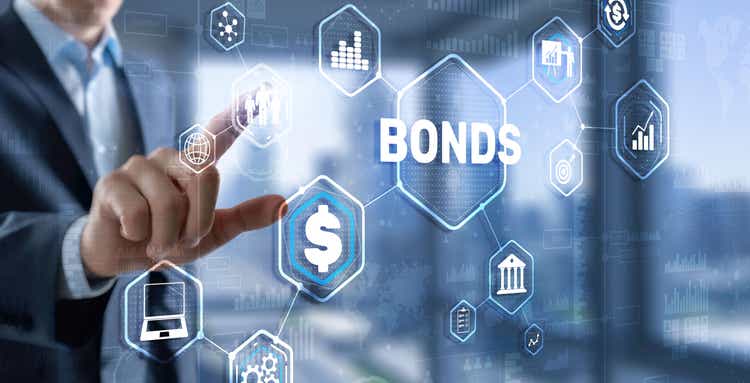 HYGH invests around 95% of its assets in high yield bonds. It does so indirectly, through an investment in the iShares iBoxx $ High Yield Corporate Bond ETF (HYG). HYG is the largest, most well-known high yield bond ETF in the market, and functions as an industry benchmark. Both HYGH and HYG are managed by the same company: BlackRock (BLK). HYG’s fees are waived for HYGH, so investors do not need to pay two sets of management fees.

HYG’s holdings are quite diversified, with the fund investing in over 1000 securities from all relevant industry segments.

Diversification reduces risk, volatility, and the probability of significant losses from any individual default or bankruptcy.

HYGH’s portfolio is quite bland, and does not significantly differ from the industry average in any important way. Very vanilla.

HYGH exclusively invests in non-investment grade securities, issued by companies with comparatively weak financials and balance sheets. Default rates are higher than average, although not excessively so. As compensation for above-average risk, these securities sport relatively strong yields, with HYGH itself yielding 5.5%. It is a reasonably good yield, and quite a bit higher than average for a bond fund.

HYGH’s dividends should see healthy growth moving forward, courtesy of Federal Reserve interest rate hikes. Fund dividends should grow until yields reach around 8.2%, equivalent to the fund’s yield to maturity. Growth and yields are strongly dependent on the pace, magnitude, and duration of future interest rate hikes, so yields might not necessarily settle on 8.4%. Still, some dividend growth is all but certain, barring an aggressive Fed pivot.

HYGH’s dividends have seen very healthy growth already, skyrocketing by more than 70% YTD. Growth seems likely to moderate moving forward, if only because +70% growth is self-evidently unsustainable, but should remain reasonably good regardless.

HYGH’s above-average, growing 5.5% dividend yield is a benefit for the fund and its shareholders, and particularly important for income investors and retirees.

Although HYGH’s diversified holdings and dividend yield are both important benefits for the fund and its shareholders, they are quite common too. There are many high yield corporate bond ETFs with similar characteristics, including HYG, the SPDR Portfolio High Yield Bond ETF (SPHY), and the iShares Broad USD High Yield Corporate Bond ETF (USHY). What sets HYGH apart from these other funds is its significantly reduced interest rate risk, accomplished through interest rate swaps. Let’s have a look.

Most bonds have fixed interest rates, and so pay the same interest from inception to maturity, regardless of how benchmark interest rates move during their tenure. As an example, let’s have a closer look at one of HYGI’s largest holdings: a Teva Pharmaceutical (TEVA) pharmaceutical bond with the following characteristics.

As can be seen above, Teva’s bond pays 3.15% in interest (coupon) every year. The bond’s interest rate is quite low, as it was issued in July 2016, and interest rates were much, much lower at the time. Interest rates have since risen, with Federal Reserve intervention rates in the 3.75% – 4.00%, but the interest rate on Teva’s bond is fixed, and so stays a constant 3.15%.

Fixed rate bonds are exposed to interest rate movements, and tend to see declining demand and prices when interest rates rise. There is simply very little investor appetite for Teva’s 3.15% yielding bonds when T-bills yield 3.80% or more, as they currently do. As investor demand for these bonds decreases as rates rise, their market price declines. As can be seen above, Teva’s bonds are trading at 86% of their original price, so prices have declined 14.0%. HYG’s share price has declined 13.6% YTD, broadly consistent with the performance of this specific bond.

Exposure to interest rates increases portfolio risk, volatility, and exposes investors to the possibility of significant losses and underperformance during a rising rates environment. Interest rate risk is particularly relevant right now, as the Federal Reserve is aggressively hiking rates to combat elevated inflation. Losses could mount if rates rise higher and for longer than expected, a distinct possibility.

HYGH avoids these issues by entering into interest rate swap agreements with a counterparty. HYGI’s specific swaps are structured in such a way that the fund’s interest rate risk and exposure is, theoretically, fully eliminated. If increased rates causes bond prices to decline by 10%, these swaps should generate around 10% in profit, cancelling each other out. The same would happen if lower rates cause bond prices to increase. As with most financial derivatives and investment strategies, the fund might not achieve its goals, but it does aim to do so, and is generally successful.

HYGH has seen capital losses of only 5.1% YTD, during which rates have skyrocketed. Losses were significantly below average, and quite likely due to widening credit spreads (investors are fearful of a recession, so are selling risky high yield bonds). Interest rate risk was successfully all but eliminated, even though credit risk remains.

HYGH’s reduced interest rate risk and exposure is a significant benefit for the fund and its shareholders, and its key advantage relative to its peers.

High yield bonds are relatively risky securities, issued by companies with weak financials, balance sheets, and credit ratings. HYGH’s underlying holdings sport an average credit rating of BB, the highest amongst non-investment grade bonds, but a broadly low rating regardless. Repayments for these securities are somewhat dependent on economic conditions. Issuers will have difficulties meeting their financial obligations during downturns and recessions, and some will default during these. Expect moderate losses during said scenarios, higher than average for a bond index fund, but lower than those of the average equity fund.

As an example, HYGH saw losses of around 14% during early 2020, the onset of the coronavirus pandemic. Losses were broadly in-line with expectations, perhaps a bit higher.

HYGH’s relatively risky holdings are a negative for the fund and its shareholders, and the fund’s key drawback.

In my opinion, HYGH’s credit risk is reasonable enough, and does not outweigh the fund’s many benefits. Other investors might disagree, especially more risk-averse investors looking for the safest, most dependable funds and dividends.

In Washington, Macron to seek relief for Europe Inc amid China competition By Reuters

UK freshmen dominated U of L. In NIL era, can the Cats keep their young nucleus intact?

Amber Heard named the most googled celebrity of 2022 with 5.6 million searches