When former Delaware Governor Jack Markell got a call from the president’s deputy chief of staff late this summer, it was unexpected.

“She acknowledged that the call was coming out of left field,” he remembered about being offered the White House job of coordinating the resettlement of thousands of Afghan evacuees.

“Having served as a governor and also in business, I’ve had experience with running complex processes. And I certainly acknowledge that this is one of them,” he told Spectrum News in his first television interview.

Markell — who President Joe Biden mentored when he first began working in Delaware politics — now serves as the point person for Afghan resettlement for the Biden administration, connecting the dots between governors, refugee resettlement agencies, private companies and federal agencies.

As of this week, there were still about 53,000 Afghans on eight different military bases around the country after August’s historic evacuation out of Kabul. The goal is to resettle all evacuees in 46 states in the coming months as part of an effort called Operation Allies Welcome.

Markell, who served two terms as Delaware’s governor from 2009 to 2017, acknowledged Thursday that Afghan families were staying on military installations longer than expected. They include Fort McCoy in Wisconsin — which hosts the largest number of Afghan evacuees — and Fort Bliss in Texas. 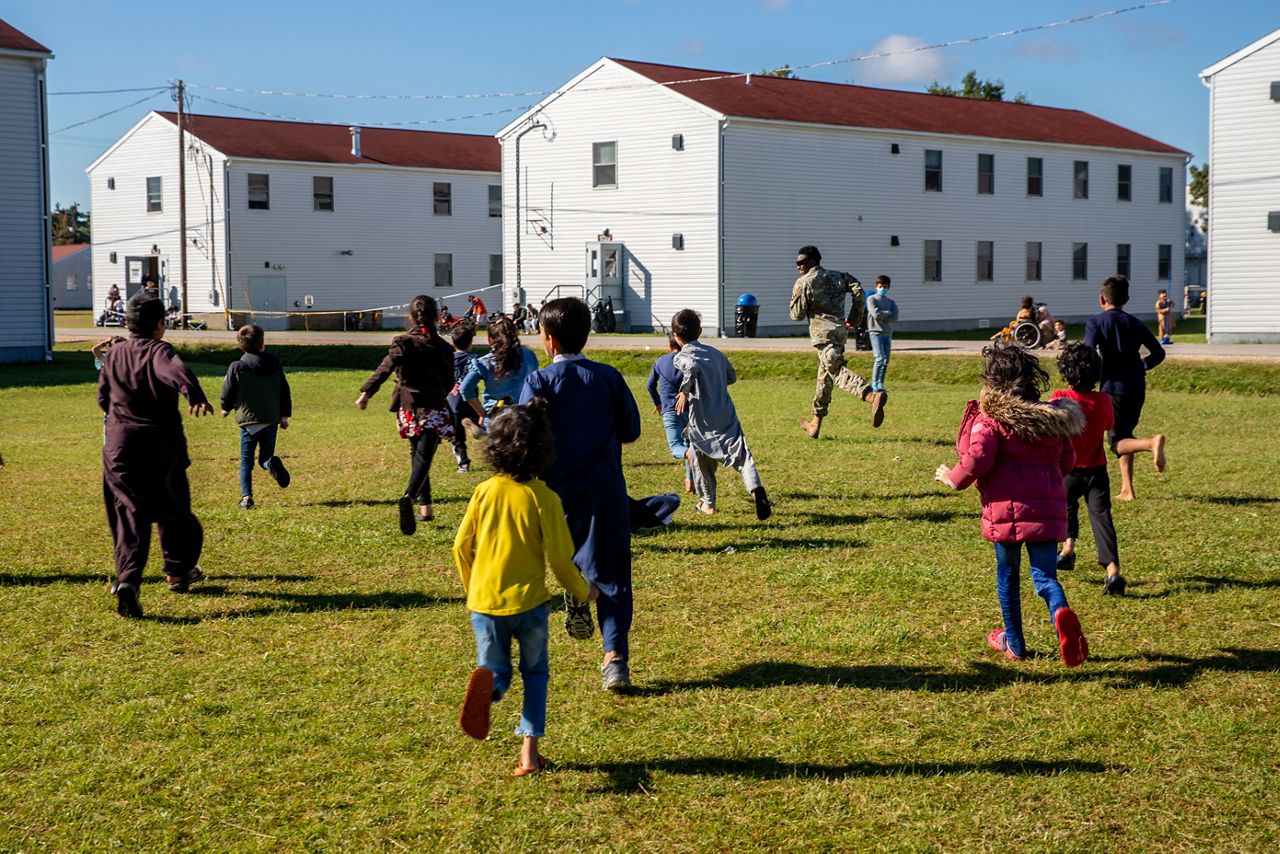 Of the 53,000 people on military bases this month, 11,000 have been matched with a resettlement agency as of Oct. 12, a State Department spokesperson said Thursday. Another small group of 2,600 were already resettled.

He also pointed to a sudden vaccination campaign for measles and other illnesses as an initial reason for delay, since it included a 21-day quarantine. U.S. officials launched the vaccination effort in early Sept. after a handful of measles cases were diagnosed among the Afghan arrivals.

“The process was slowed down because we focus a lot on public health,” Markell said. “We want to make sure that all of our allies who will be settling into communities across the country were vaccinated for measles and COVID, and a whole range of other infectious diseases.” 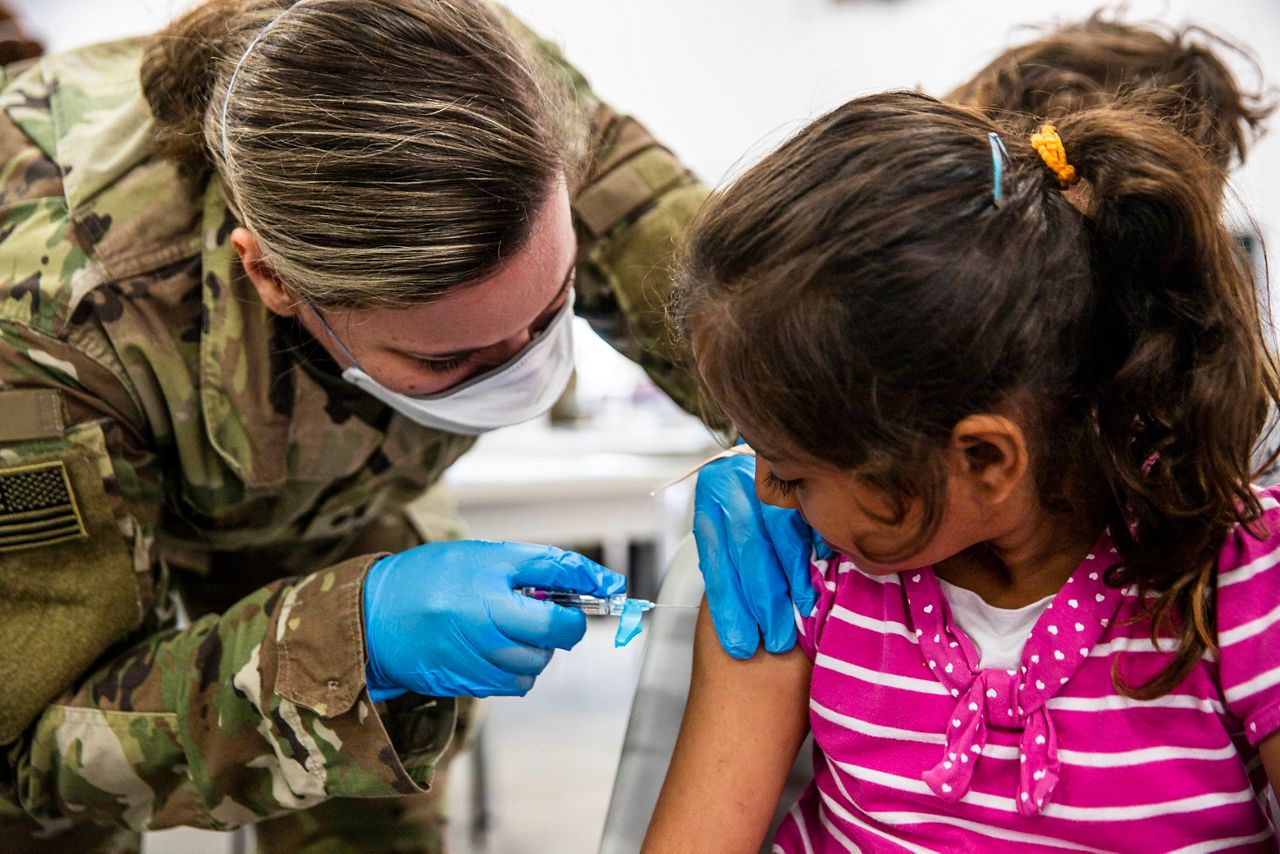 As of Oct. 4, every Afghan on U.S. bases who was eligible — about 49,000 in total — had gotten their MMR (measles, mumps and rubella) shot and a majority also received the Johnson & Johnson COVID-19 vaccine, officials said.

Markell said Thursday that resettlement is picking up.

The Biden administration is working with private companies like Airbnb to provide temporary housing for thousands of Afghans, since finding a permanent, affordable home is difficult even for many Americans.

“Imagine approaching it when you don’t have a nest egg,” said Krish O’Mara Vignarajah, president of Lutheran Immigration and Refugee Service. “You don’t have a guaranteed income because you haven’t, you know, locked in a job yet. You don’t have the family infrastructure.”

Challenges remain, Vignarajah said, especially because the refugee processing and resettlement system was decimated under the Trump administration, which set admissions at record-low levels. 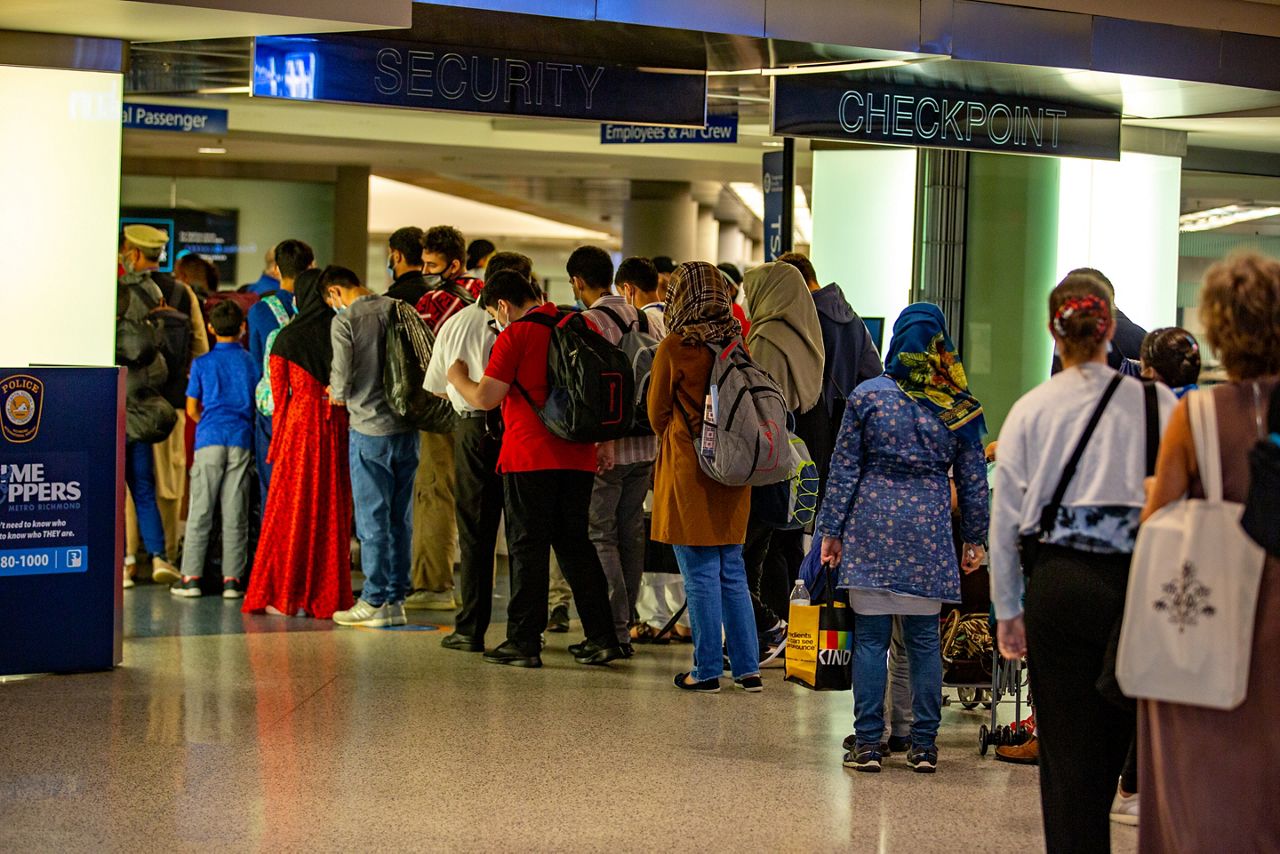 And advocates are also concerned about Afghans’ path to permanent residency in the United States.

The Biden administration had requested that they be able to apply for a green card after one year of living in the U.S. Instead, Congress approved last month an expedited asylum process for Afghans, a system that is already bogged down with more than 400,000 applications.

While the resettlement process for these Afghan evacuees is likely to stretch into years (the Biden administration said it expects to welcome up to 95,000 people in total by Sept. 2022), Markell’s job at the White House comes to a close at the end of 2021.

He was already nominated by President Biden in June to be the U.S. ambassador to the Organization for Economic Cooperation and Development, a role awaiting Senate approval.

That means a core part of his current job with Operation Allies Welcome is setting up for the work to be done in the months and years ahead.

The White House provided Spectrum News with the initial estimates of the number of Afghans that would be resettled in each state, based on the first 37,000 arrivals:

Biden: Clinton ‘doing fine’ and will be out of hospital soon

OPINION: ‘Hamilton’ lives up to the hype and ‘blows us all away’

Adam Parkour - October 17, 2021 0
Sen. Tim Scott of South Carolina keeps hauling in massive amounts of campaign cash as he runs for reelection in the 2022 midterms, and that’s...