Triple H Says THIS WWE Rule Will Not Be Changing – WrestlingRumors.net


Not going to happen. All of the recent changes in WWE have shaken up the company in all kinds of ways. Some of these changes have been very notable while others have been a bit more subtle. That is a good balance to have, but there have also been some things that have not changed, and now we know one of the bigger long absent idea that will not be returning in the future.

During a new interview with the Ringer, WWE Executive Triple H made it clear that blood would not be returning to WWE television. Triple H said the world has evolved and that blood is unnecessary as what they do is already dangerous enough. Now bloody wrestlers are expected to roll to the floor to be checked if they are injured with referees putting on gloves. There is nothing to suggest that there will be exceptions to the rule.

Opinion: This is the kind of decision that I like to see as there is no need to have wrestlers bleed during a match. It was a nice thing to see back in the day but getting rid of it is a smart change. Above all else, the wrestlers health and safety are important factors and Triple H is right in what he said about the wrestlers’ jobs being dangerous enough without the blood.

What do you think of Triple H’s statement? Should blood be back in WWE? Let us know in the comments below. 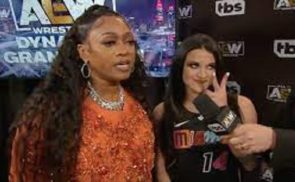 ‘Will Look to Give our Best and Not Focus on The Results,’ Says PKL Gujarat Giants’ Coach

‘Will Look to Give our Best and Not Focus on The Results,’ Says PKL Gujarat Giants’ Coach