Tragic: 3 killed in wrong-way, head-on collision on I-485, authorities say 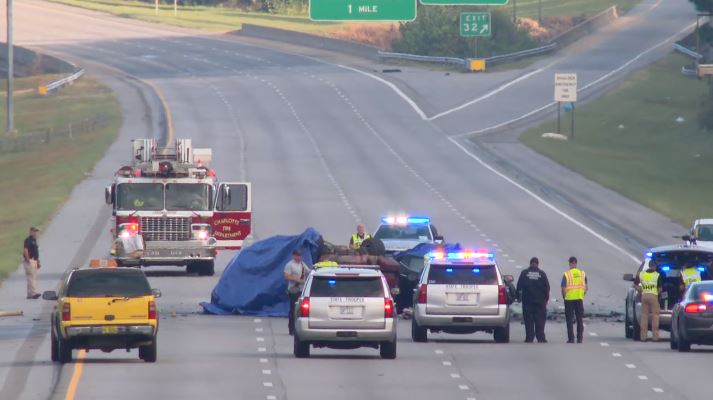 Charlotte-Mecklenburg Police confirmed the driver was heading in the wrong direction on the highway causing a head-on collision when the accident happened just before 4 a.m. Sunday morning.

One person was taken to the hospital, the others died on the scene, Medic said.

The Outer Loop was closed for several hours between University City Blvd. and North Tryon Street and was not expected to reopen until 11 a.m.

This remains an active investigation.

- Advertisement -
Facebook
Twitter
Pinterest
WhatsApp
Previous articleBiden injects some uncertainty into 2024 with his ‘much too early’ re-election comment
Next articleHundreds protest after Iranian woman’s alleged murder over hijab law, demand ‘death to the dictator’