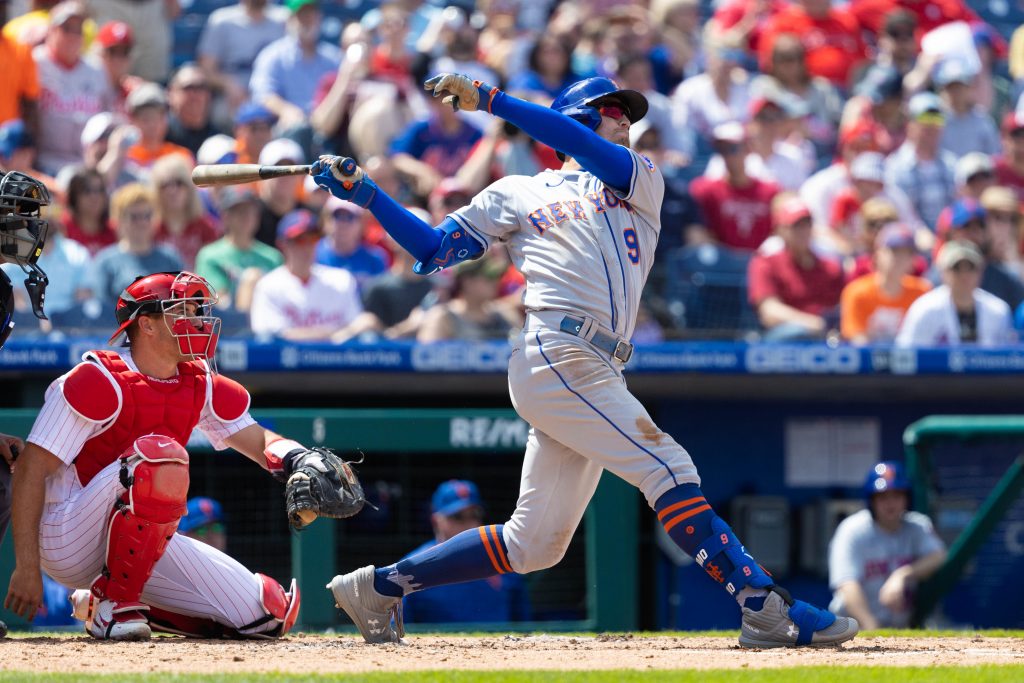 In a market thin on center field help, Brandon Nimmo has naturally drawn a lot of interest on the free agent market.  Many of baseball’s bigger spenders have been linked to the former Mets standout, but according to Jon Heyman of the New York Post, the low-payroll Rays are also a rather surprising suitor for Nimmo’s services.

MLBTR projected Nimmo for a five-year, $110MM deal this winter, which would represent far and away the largest contract the Rays have even given to a free agent.  It would also represent the franchise’s second-largest expenditure on any contract, behind only Wander Franco’s 11-year, $182MM extension.  Since Nimmo rejected the Mets’ qualifying offer, Tampa Bay would also have to give up their third-highest pick in the 2023 draft as compensation for signing the outfielder — no small penalty for a club that relies on building from within.

In short, it would count as a real stunner if the Rays won the bidding for one of the winter’s most sought-after free agents.  However, it is worth noting that we’re only about a year removed from the Rays’ reported offer to Freddie Freeman, another big-ticket name on the open market.  Between the Freeman offer and the Franco extension, there have been some hints out of Tampa Bay that the Rays are prepared to stretch their budget (by their standards) in order to capture that elusive championship.  The Rays have reached the postseason in each of the last four years and made it as far as the World Series in 2020, but fell short to the Dodgers in six games.

Assuming Nimmo did sign for around $22MM in average annual value, such a deal would take Tampa Bay’s payroll into a new stratosphere, though the team has already broken some of their own financial benchmarks.  As per Cot’s Baseball Contracts, the Rays’ Opening Day payroll in 2022 was just shy of $83.9MM, a new club record.  Roster Resource projects Tampa for a 2023 payroll of roughly $67.7MM, and that number includes the projected salaries of a still-large class of arbitration-eligible players.

The Rays have already parted ways with some arb-eligibles (i.e. Ji-Man Choi, Ryan Yarbrough) to save some dollars, and any number of other creative trades could still be possible to further shed payroll.  Tampa could continue to shop more members of their arbitration class, or the team could look into moving players on guaranteed contracts.  Franco isn’t going anywhere, but any of Manuel Margot, Brooks Raley, Tyler Glasnow, or even Brandon Lowe could be plausible trade chips.

Moving an established player to bring in a more expensive player like Nimmo would be an uncharacteristic move for the Rays, yet it could make sense in this circumstance.  Nimmo would essentially be Margot’s replacement in the outfield, and Raley or Glasnow could be replaced by one of the many young arms from Tampa’s seemingly endless pitching pipeline.  The Rays already did well without Lowe for much of the 2022 season, as Lowe played in only 65 games due to ongoing back problems.  If Lowe was traded, the Rays could rely on some combination of Taylor Walls, Isaac Paredes, Jonathan Aranda, or Vidal Brujan at second base, as they did last season.  Plus, top prospect Curtis Mead is waiting in the wings for his Major League debut.

The Rays relied on their pitching and defense to win 86 games and claim a Wild Card berth last season, but Nimmo’s bat would greatly help a lackluster offense.  Nimmo hit .274/.367/.433 with 16 home runs over 673 plate appearances last season, which translated to a 134 wRC+ and 5.4 fWAR.  No Rays position player in 2022 had a higher fWAR than Yandy Diaz’s 3.8 number, and only Diaz (146) had a better wRC+.  The left-handed hitting Nimmo even helps from a lineup balance perspective, since Tampa’s lineup is mostly right-handed.

An argument can be made that if the Rays were going to splurge on a player, it should be for someone without Nimmo’s checkered injury history.  There is some irony in Tampa Bay pursuing an oft-injured center fielder just as Kevin Kiermaier is finally off the team’s books.  Kiermaier’s six-year, $53.5MM extension was also one of the larger deals in Rays history, and while Kiermaier was only rarely in Nimmo’s league as a hitter, Kiermaier was one of the league’s best fielders at any position when he was healthy enough to stay on the field.  The public metrics are a little more mixed on Nimmo’s work in center field, though Tampa could use him in any of the three outfield positions, since Jose Siri is on hand to play center.