Nicola Peltz says Victoria and David Beckham are ‘great in-laws,’ denies any conflict in the family

Nicola Peltz says it’s “just a bit of a bummer” when people believe there is family drama between her and her mother-in-law, Victoria Beckham.

The actress, who wed Brooklyn Beckham in a lavish wedding in April, maintains that there is no conflict with her in-laws, even though Victoria did not end up designing her wedding dress. 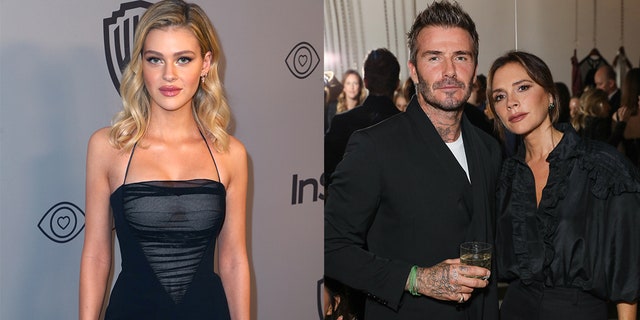 She emphasized that there is no drama surrounding her wedding dress after early reports indicated that her future mother-in-law was supposed to design her gown. Peltz ended up walking down the aisle in Palm Beach, Florida in a custom Valentino gown.

“Well, I was planning on wearing Victoria’s wedding dress, and I was truly so excited to be able to wear a design that my future mother-in-law created,” she told the outlet. “I thought that was so beautiful and such a beautiful story.”

Peltz had a plan for her wedding dress, but it began to unravel when Victoria’s atelier said she could not go through with the gown she had envisioned. 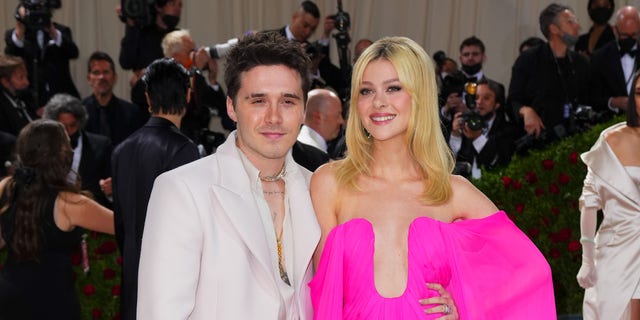 She shared that her friend, Leslie Fremar, and her mother, Claudia, helped her come up with the design for her dress.

“I thought, ‘Oh, this is going to be so fun. One of my best friends and my mom.’ We connected to start designing the dress, and then a few days went by, and I didn’t hear anything,” she said.

“Victoria called my mom and said her atelier couldn’t make it. So, I spoke to my mom and Leslie, and I was like, ‘Well, unfortunately, this can’t happen, so what’s the next step?’ I’ve been a fan of Valentino and their couture for so long. I was really lucky to be able to travel to [the atelier] to try on the dress. That’s really what happened,” Peltz clarified to the outlet. 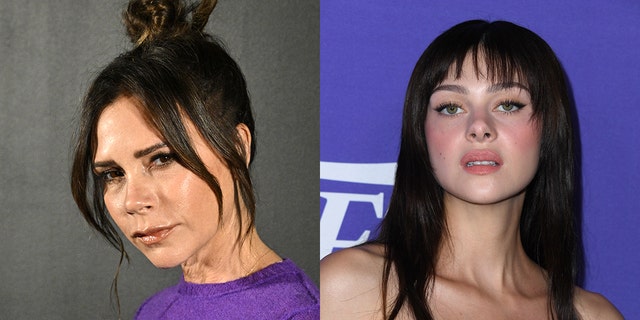 Peltz was aware that there were rumors that there was a negative reason behind why she did not walk down the aisle in a gown designed by Victoria, and she told the outlet that those rumors really bothered her.

“When I read things that say [things like] I was never planning on wearing a [Victoria Beckham] dress or things like that, it does hurt my feelings,” Peltz said. “I try not to let it, but it’s just not the truth. It’s just a bit of a bummer when you’re like, ‘Oh, people think that,’ but it’s just not true.” 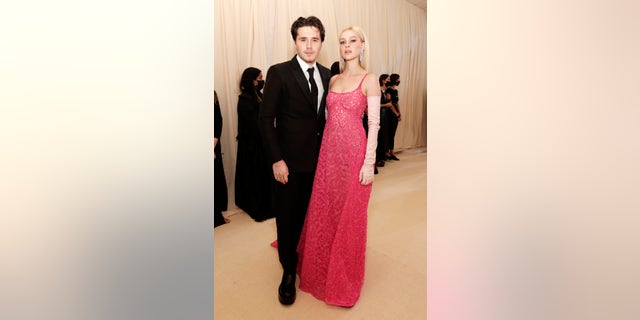 Brooklyn Beckham and Nicola Peltz first began dating in October 2019 before tying the knot this year.
(Photo by Arturo Holmes)

“I was going to, and I really wanted to, and then a few months down the line, she realized that her atelier couldn’t do it, so then I had to pick another dress,” Peltz explained to Variety. “She didn’t say you can’t wear it; I didn’t say I didn’t want to wear it. That’s where it started, and then they ran with that.”

Victoria Beckham started her own clothing line in 2008. Her website describes the line as a mix of pieces to match the evolving style of women and staple pieces every woman should have no matter what current trends are.

Peltz’s husband, Brooklyn, who was also present for the interview, had a different take on the whole ordeal. Having grown up in the media spotlight, Beckham seemed to have an understanding of how quickly rumors can spread and how to deal with it. 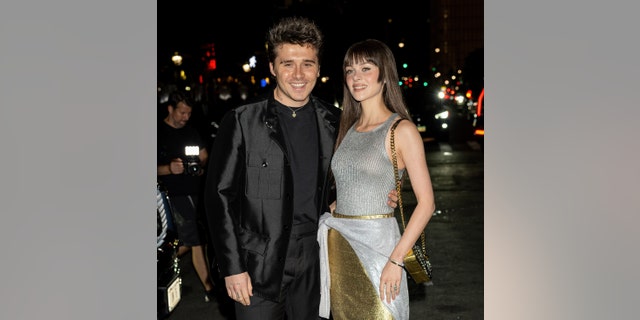 Brooklyn Beckham addressed the rumored feud between his mother, Victoria and his wife, Nicola Peltz.
(Photo by Gilbert Carrasquillo/GC Images)

The couple began dating in October 2019 and made their relationship Instagram official in January 2020. After less than a year of dating, the couple announced their engagement on Instagram in July 2020 with Peltz Beckham writing Beckham had made her “the luckiest girl in the world.”

Kwarteng has shaken investor confidence in the UK

Kwarteng has shaken investor confidence in the UK