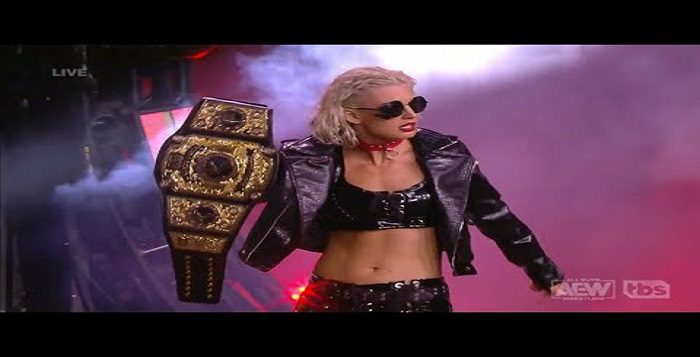 They have a plan for that. Titles are one of the most important concepts in all of wrestling and it means a lot when one of them changes hands. Occasionally a title change might not be the planned outcome and something else needs to be done. That was the case multiple times this year in AEW so they came up with a unique solution. Now we have some more clarification on their idea.

IN CASE YOU MISSED IT: That’s Different: Chris Jericho Speaks On Experiences With Time Displacement And Spirits

According to Dave Meltzer on Wrestling Observer Radio, the original idea for introducing an interim title of any kind was to keep the AEW World Title on an injured CM Punk earlier this year, with Jon Moxley also getting a reign of his own. Meltzer believes (this is NOT confirmed as fact) that if a champion will be gone for a few months, an interim title will be created, but if the time is closer to six months, the title will be vacated.

It’s an interesting concept. Check out what how the interim titles have gone:

Spot the Ball is Back!