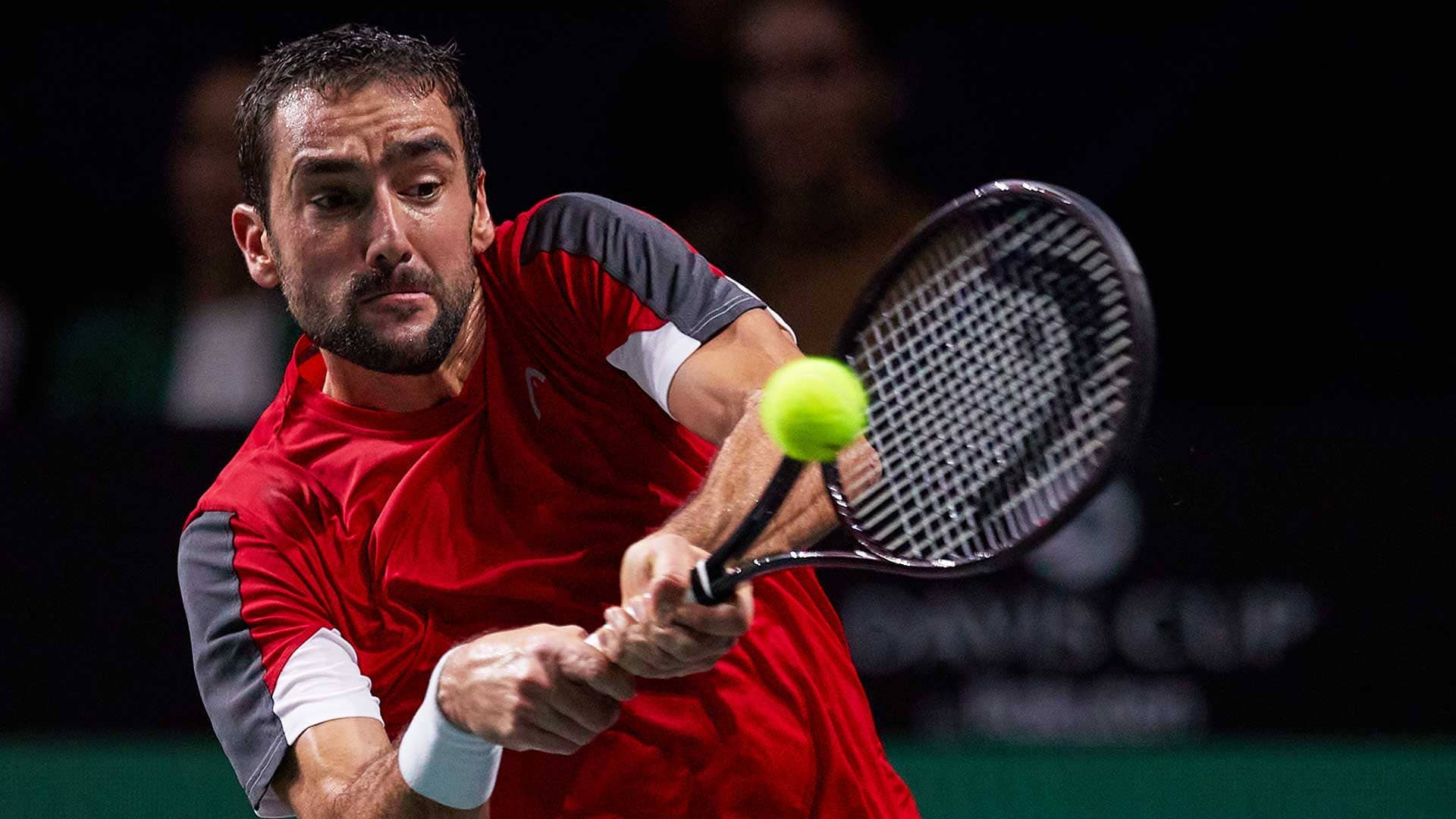 Marin Cilic sealed Croatia’s spot in the semi-finals at the Davis Cup Finals Wednesday when he clawed past Pablo Carreno Busta 5-7, 6-3, 7-6(5) to move the former champion into an unassailable 2-0 lead against Spain.

In a thrilling match in Malaga, the 34-year-old produced an impressive serving performance. He fired 20 aces and won 83 per cent (50/60) of his first-serve points to seal his victory after three hours and 16 minutes.

In the first match of the tie, Borna Coric overcame Roberto Bautista Agut 6-4, 7-6(4) to give Croatia the lead. The World No. 26 struck 27 winners and saved the one break point he faced to triumph after one hour and 58 minutes.

“I was serving very, very well,” Coric said according to daviscup.com. “I didn’t serve this well since probably Cincinnati. So obviously it’s much easier to play like that. I can relax more on the service games when he’s serving, because I know most likely I will hold my serve. So that’s made a difference.

“I just think in general I was playing very smart. When I needed to attack, I did attack. When I needed to make a defence, I was defensive. I also mixed up the rhythm, as well, which is very important against him. I was just very pleased with my game, to be honest.”

Croatia last lifted the Davis Cup Finals trophy in 2018. The nation will play Australia in the semi-finals on Friday.

What is the format for the 2022 Davis Cup Finals?
The group stage of the 2022 Davis Cup by Rakuten Finals took place across four cities — Bologna, Glasgow, Hamburg and Valencia — from 13-18 September. Sixteen nations competed in four round-robin groups of four teams. The top two teams in each group advanced to the knock-out stage. The knock-out stage is taking place in Malaga this week, with the final on Sunday.

Yuzvendra Chahal, Arshdeep Singh to be dropped from India’s playing XI for…: Wasim Jaffer ahead of second ODI vs New Zealand