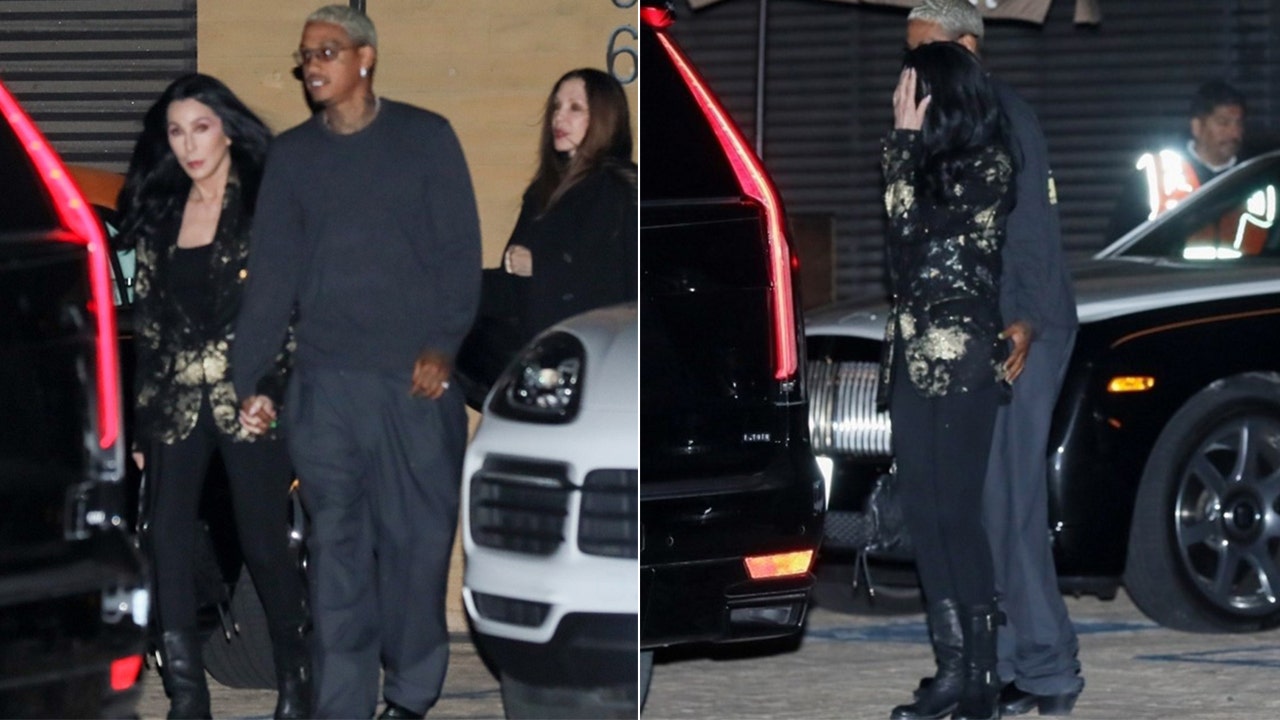 Cher and Alexander “A.E.” Edwards’ romance is going strong as the pair recently enjoyed a date night at Nobu in Malibu, California, on Monday night.

In one snapshot, Edwards and the singer are seen holding hands, while in another photo, Edwards places his hand on Cher’s backside as they exited the celebrity hot spot.

For the outing, Cher wore a dark floral blazer with black boots as her boyfriend sported a gray sweater, with matching pants and black shoes.

Earlier this month, the “Believe” singer spoke out on social media after receiving criticism for her new relationship with Edwards, who is 40 years her junior. Cher wrote on Twitter, “I’m Not Defending us. Haters are Gonna Hate…Doesn’t [sic] Matter That we’re Happy & Not Bothering Anyone.”

Edwards previously dated model Amber Rose from 2018 to 2021. The former couple share one child together.

In addition to slamming haters, Cher answered her fans’ burning questions about her relationship with the music executive.

Alexander Edwards, who is 40 years younger than Cher, was seen grabbing her backside as they waited for the valet at the upscale eatery.
(Backgrid)

She revealed that she met her new beau during Paris Fashion Week, in which she walked in the Balmain fashion show.

One fan expressed to Cher, “He better be treating you like the queen you are,” to which she replied “LIKE A” with a crown emoji.

This is not the first high-profile relationship Cher has been in. In addition to being married to Sonny Bono and Greg Allman, she also previously dated Val Kilmer and Tom Cruise.

Cher once famously said in an interview, “I love men. I think men are the coolest, but you don’t really need them to live. My mom said to me, ‘You know sweetheart, one day you should settle down and marry a rich man.’ I said, ‘Mom, I am a rich man.’”

Las Vegas to Name a Street After Liberace – Casino.org

Reno Might Be Getting First New Casino Resort Since 1995