Brock Lesnar Has Run In With Jake Paul In Video 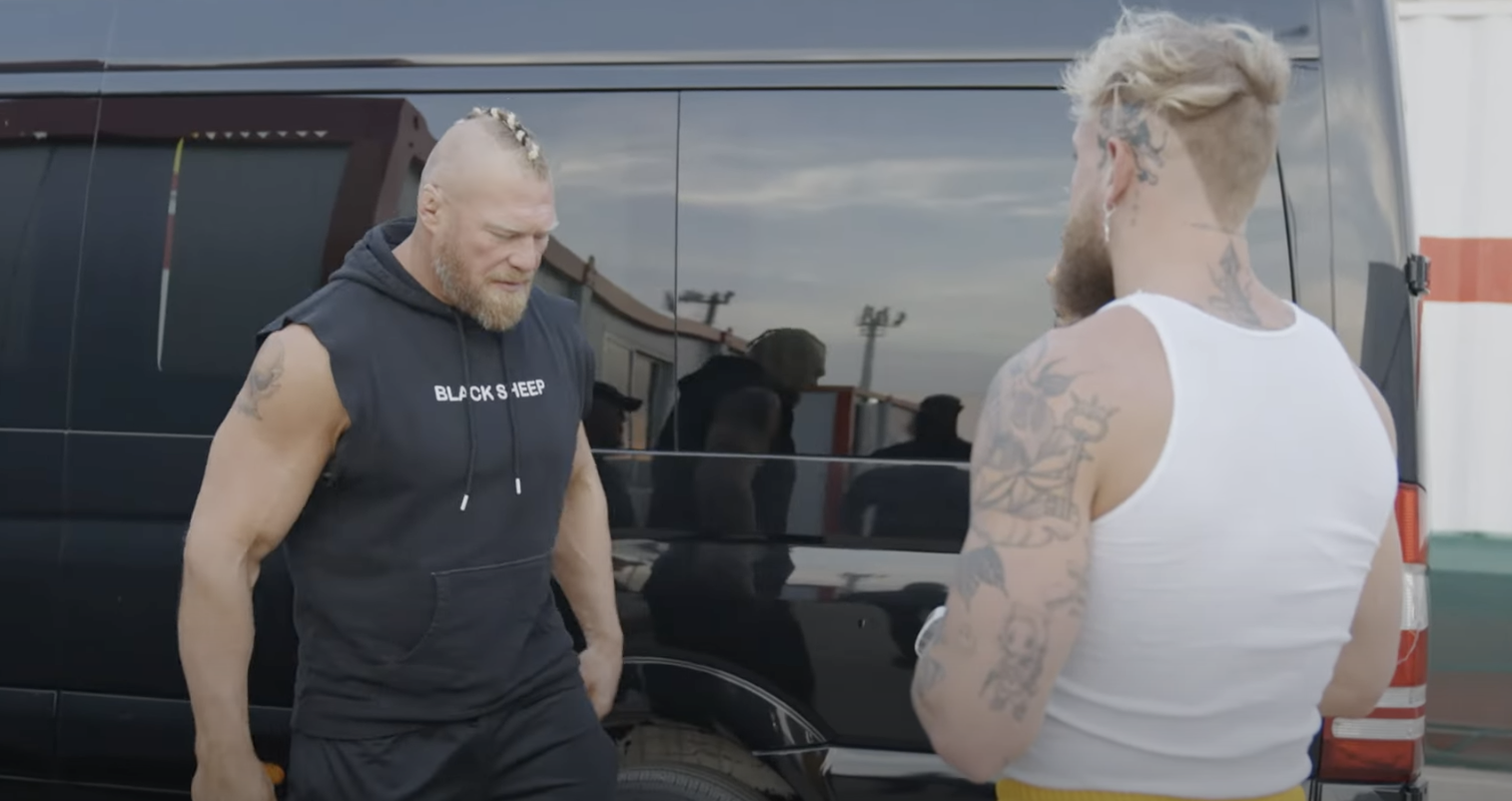 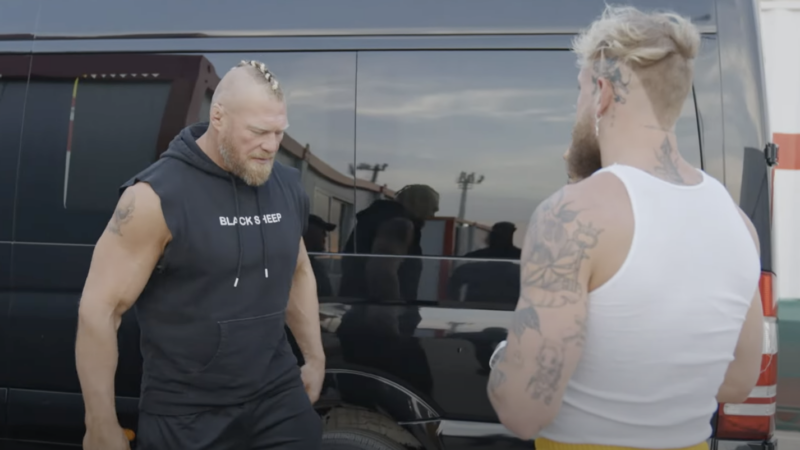 The YouTube sensation Jake Paul is brimming with confidence after his most recent win against former UFC middleweight champion Anderson Silva. He has garnered respect from many experts and pundits in the combat sports world, including WWE superstar Brock Lesnar.

Paul uploaded a video to his YouTube channel that documented his experience in Saudi Arabia. ‘The Problem Child’ accompanied his brother Logan, who headlined WWE Crown Jewel against WWE Universal champion Roman Reigns. While he was there, he shared a touching interaction with Lesnar, who complimented the brothers:

“I’m excited for you guys. I followed you guys. I’m proud of you guys, you’ve done well.”

Lesnar is no stranger to UFC. Following his successful run with WWE, he transitioned to MMA and defeated Randy Couture to capture the UFC heavyweight championship in only his fourth fight. As Lesnar was able to use his mainstream appeal to convince UFC President Dana White to take a chance on him, ‘The Problem Child’ has been able to use his social media following and influencer status to get lucrative boxing fights booked.

Speaking about Jake Paul’s potential opponents, fans are speculating as to who ‘The Problem Child’s next opponent will be after the YouTuber-turned-boxer has teased different opponents.

Tommy Fury has constantly been discussed, however, their matchup has fallen apart twice before. They have both talked about the possibility of a fight in many recent interviews, but there hasn’t been any official target date or location. ‘The Problem Child’ could also choose to fight another former UFC fighter in Nate Diaz, who is a free agent.