UMaine men’s basketball falls to Brown on the road

5 most memorable victories of Bangladesh in Test cricket 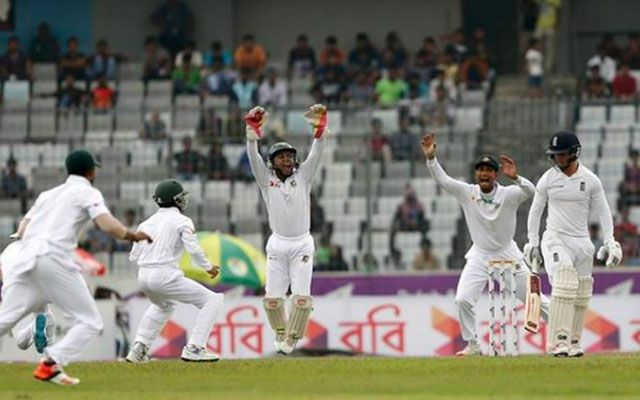 Bangladesh have a very underwhelming record in Test cricket with just 16 wins in 134 games. With this kind of record, the Bangla Tigers have faced severe criticism in the past from several legends of the game. In the year 2000, Bangladesh received their Test status and after a few years, their elevation was questioned by some former greats after their dismal show in the longest form of the game.

In 2010, during the Bangladesh tour of England, former English cricketer Sir Geoffrey Boycott came hard on the Bangla Tigers by saying they were not worthy of Test status. His comment was not received well by Tamim Iqbal and in the opening Test of the series at Lord’s, he answered Boycott with his bat by smashing 103 runs off just 100 deliveries in the second innings.

In the next couple of years, Bangladesh may not be able to improve at a great pace in Tests but looking at their performances in the last few years, it can be said that they are striving to do better in the longest form of the game. In recent years, their victories against big teams both in their own backyard and abroad clearly show that they can’t be considered minnows anymore.

Below are five occasions when Bangladesh stupefied big teams in Test cricket:

In November 2018, the West Indies were touring Bangladesh and things were going great for the hosts as they defeated the visitors in the first Test by 64 runs. After registering an emphatic victory over the Windies in the first game, it was imperative for the tourists to win their second game to level the series. But Shakib Al Hasan and his men were in no mood to show mercy.

After winning the toss at the Sher-e-Bangla National Cricket Stadium, captain Shakib Al Hasan opted to bat first with a plan to amass a huge total on the board.

In the initial stage, Bangladesh batters didn’t look convincing to score big as they lost five wickets with 190 runs on the board. But with Mahmudullah’s arrival at the crease, things turned in Bangladesh’s favour as he stitched crucial partnerships with both Shakib and Litton Das and the hosts put a humongous total of 508 runs on the board.

Bangladesh bowlers had the task to restrict the West Indies to a low total in the first innings. With that intention, both Shakib (3/27) and Mehidy Hasan Miraz (7/58) wreaked havoc on the Windies team and bundled them out for 111.

Looking at his bowlers’ amazing form, Shakib decided to enforce follow on. After the dismal show with the bat in the first innings, the West Indian batters didn’t take very long to hand over the game to Bangladesh as they racked up only 213 runs in the second innings. In the end, Bangladesh emerged victorious in the match with a massive figure of an innings and 184 runs.

The last season of the historical Honda Classic

MLB rule changes for 2022 and beyond

UMaine men’s basketball falls to Brown on the road