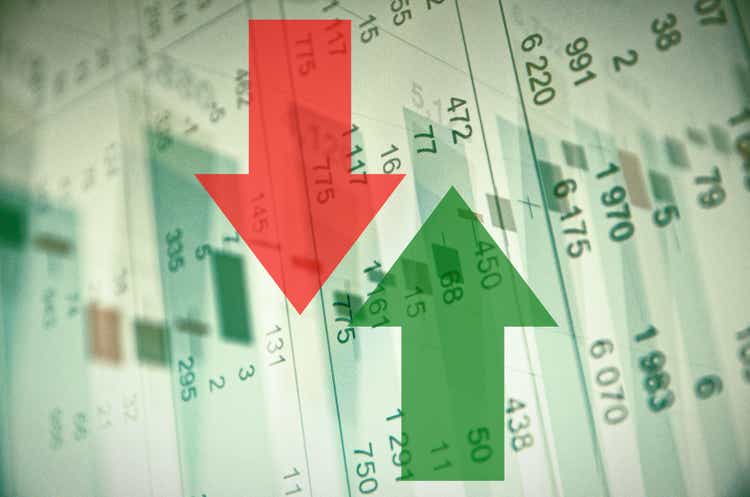 It has been the worst three-quarters start for a notional 60/40 portfolio since 1974. A narrative supporting equities in recent years has been “TINA” – “there is no alternative” – given very low, uncompetitive interest rates. This year’s rise in rates has been an important driver of weaker equity prices, with much of the decline due to contracting valuation multiples. The US dollar continued its strong advance. Economic indicators weakened, and recession is likely. The yield curve inverted early in 3Q, adding to recession fears.

Small caps edged large caps and growth beat value. The R2000V, –4.6%, trailed the R2000G, +0.2%, after performing better for seven consecutive quarters. In the R2000V, Energy and Health Care were the only sectors to post gains for the quarter. Within Health Care, pharma/biotechnology stocks did well. Many of these companies are unprofitable, and their performance indicates that quality companies did not shine. Real estate and Utilities were among the worst performing sectors as interest rate sensitive investments fell.

The S&P 500’s forward P/E is now 15.1x, below its 25-year average of 16.8x. Consensus estimates for forward earnings still call for growth, despite continued cost pressures and waning demand. The P/E is likely modestly understated as earnings estimates are poised to fall. Small cap valuations are attractive relative to large caps.

As a bottom-up, fundamental value investor, we seek high quality companies we believe can compound returns over long periods while proving resilient in downturns. High-quality characteristics include: market leadership; recurring revenue or subscription model providing revenue visibility; high margins and operating leverage; high returns on capital; financial flexibility; and a strong management team with skin in the game and a long-term view.

Energy was the leading contributor to the portfolio’s relative returns. Over-allocating to the sector added to returns, as Energy, +7.4%, was the best performing sector in the benchmark. Stock selection was positive also, with the portfolio’s Energy holdings advancing +12.3% and our Viper Energy holding +10.4%. Consumer Staples, +9.6%, also contributed to relative returns due to strong performance from our single holding, Hostess Brands.

The purveyor of snacks and baked goods is enjoying healthy pricing power as consumers grab for an affordable luxury. Consumer Staples had muted performance overall, falling –9.8%, somewhat surprising given defensiveness was rewarded in the market. But many sector companies are struggling with cost pressures.

Financials detracted from relative performance. HCI a Florida-based property and casualty insurer, declined due to inflationary cost pressures and hurricane concerns. Encore Capital (ECPG) declined as it became apparent that the next few quarters could bring a lull in earnings ahead of a prospective rise in consumer credit delinquencies. Credit purchase volumes should rise in 2023 with a post- stimulus return to typical economic rhythms and an economic slowdown.

We started the quarter with 33 and ended with 34 positions. The portfolio had a weighted-average discount to fair value of 34% and a $2.9 billion weighted average market cap.

Willscot Mobile Mini (WSC): This modular and portable storage space company posted another quarter of strong earnings with good growth in rental rates as it increased penetration of value-added products and services such as units equipped with HVAC, ethernet ports, and plumbing. Pricing, profitability, and cash flow generation continue to be positives.

Adtran (ADTN): The company reported solid quarterly results buoyed by strong demand for broadband equipment. The company is in the final innings on closing their merger with ADVA Optical which should provide added growth and cost saving opportunities going forward.

Brightview (BV): The commercial landscaping services provider fell after reporting disappointing earnings. A spike in fuel costs squeezed 3Q profit margins. The company is working to increase pricing by revising contract structure to include CPI escalators as well as through annual contract renewals. These efforts should restore margins. Modestly worsening leverage ratios may also have played a part in the stock’s weakness, as they company repurchased shares worth $82 million, reducing cash and increasing net debt. This capital allocation should accrue to the benefit of shareholders longer term. Encouragingly, top line performance was positive, +11%, and the company is controlling what it can control in a volatile environment for a business typically characterized by low variability.

HCI (HCI): The property and casualty insurer with significant Florida presence reported disappointing earnings causing the stock to fall. Inflationary pressures weighed on costs and hurt earnings. On a positive note, gross written premiums grew modestly overall with continued strength in its TypTap unit, now active in 12 states, which posted 20% growth. As the quarter closed, Hurricane Ian pressured the stock as investors feared significant losses. Despite these concerns, HCI faced this storm from a position of relative strength. Earlier in the quarter, the company finalized its reinsurance program with pricing and terms comparable to last year and with substantial limits. It also increased its financial flexibility by raising $170 million in convertible notes. Many of its peers have been crippled, in some cases to the point of liquidation, putting HCI in a position to capitalize on price increases amid an improving competitive position.

Knowles (KN): The benefit of the mix shift to higher margin precision electronic devices was offset by a deteriorating outlook in its consumer electronics markets. Demand weakened in smart phones and PCs, exacerbated by customer plans to reduce inventory. We reduced the position.

Chord Energy (CHRD): Formed through the 2022 merger of Whiting Petroleum and Oasis Petroleum, the company possesses one of the largest acreages within the Williston Basin. The company’s plan to return 75% of FCF to shareholders in the form of dividends and buybacks is amongst the highest of its peer group. Synergies associated with the merger should drive further efficiencies benefitting the bottom line. The stock currently yields 3.4%.

Encompass Health (EHC): Following the spin-off of Enhabit, its home health and hospice business, Encompass Health is the largest pure play publicly traded owner and operator of US inpatient rehabilitation hospitals. Its scale and position as a low-cost provider are key differentiators that should underpin solid growth as well as FCF generation. The company has a share repurchase plan in place, and the stock yields 1.2%.

Texas Capital Bancshares (TCBI): The current CEO joined in January 2020 following a successful career at JPMorgan Chase. He has sparked a plan for renewed growth with initiatives including doubling client-facing bankers, improving coverage of C&I customers, and expanding services in treasury and private wealth. The Dallas-based bank benefits from its strong regional market. In September, the company announced the sale of a non-core insurance unit as part of its transformation. Successful execution should drive earnings growth, and stock appreciation should be enhanced by multiple expansion as TCBI trades at below-peer 0.8x price-to-tangible book value.

Spirit Realty Capital (SRC): The triple net-lease REIT invests in single-tenant, operationally essential assets. It owns approximately 2,000 properties with tenants in service retail and industrial, and to a lesser extent, discretionary retail. It enjoys high occupancy with long term leases and stable rent growth. Relative to its triple net peers, it has both a lower payout ratio and a higher yield, currently 7.3%.

Quotient Technology (QUOT): We sold on execution missteps, including a significant customer loss and an uneven product transition, as well as management changes, all hindering efforts to capture the shift from paper to digital coupons on a reasonable timeframe.

Terminix Global (TMX): We exited with a modest gain following the merger announcement between Rentokil and Terminix.

S&P 500 ends holiday-shortened week 1.5% higher amid a lull in trading

Black Friday deals are here, but not shoppers By Reuters