World’s cartoonists on this week’s events 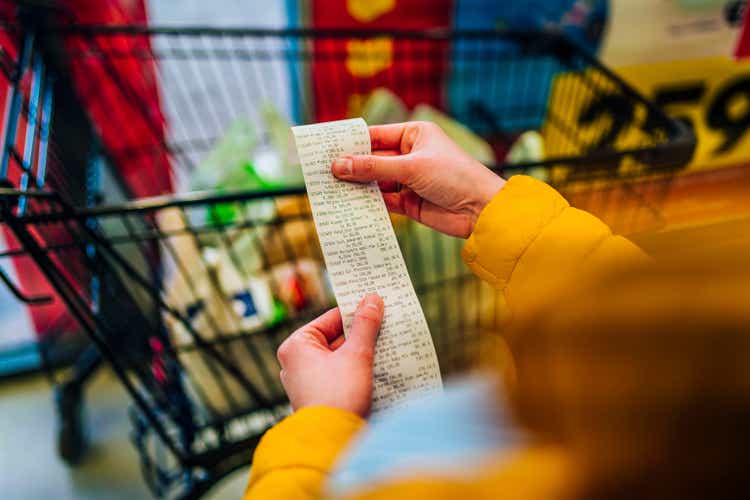 Now’s an opportune time to review where key sectors stand as we position ourselves for 2023. The Consumer Staples Select Sector SPDR Fund (NYSEARCA:XLP) is an effective way to get exposure to the usually steady and sometimes safe area of household, blue-chip U.S. large caps.

Many pundits, though, have concerns about the group’s high valuation given a generally risk-off environment in 2022.

For background, XLP offers investors exposure to companies from the food and staples retailing, beverage, food product, tobacco, household product, and personal product industries in the U.S., according to SSGA.

I’m taking an unusual approach with this article – running through key charts from Goldman Sachs and Bank of America Global Research using their 2023 equity market outlooks. With the data, keeping an open mind to both the bullish and bearish perspectives, I will come to a conclusion about how I see Consumer Staples looking as we approach year-end and through next year. My readers will be familiar with how I conclude the article – with “The Technical Take.”

Kicking things off, Goldman Sachs has Consumer Staples as one of their five sector allocation overweights. At just 7% of the S&P 500, it is not a huge piece of the market despite being so recognizable with names like Procter & Gamble (PG), Pepsi (PEP), Coca-Cola (KO), Costco (COST), and Walmart (WMT) being the top holdings in XLP.

The sector is poised to see sales growth next year, but also robust earnings growth while several other spots see per-share profit declines. The concern is that a 19-times forward P/E is significantly above the S&P 500’s 16-time forecast earnings multiple. I remain skeptical that the group can keep up that lofty valuation, but let’s dive deeper.

Staples indeed trades at the upper half of its historical valuation relative to the broad market, though the premium is not as stretched as, say, fellow safety-play Utilities or the opposite consumer spectrum sector – Discretionary. So, the chart below from Goldman eases some of my valuation concerns.

Let’s turn now to what BofA sees. Like Goldman, there is an overweight recommendation in place for 2023. The BofA team is among the most bearish on the street for next year, and that is shown in their sector recommendations. Interestingly, investor positioning remains low to XLP companies, and the sector has strong purchasing power (as evidenced by Goldman’s take that said firms can capture favorable operating leverage (bigger earnings growth than sales growth)). Finally, data show that staples outperform when interest rates fall – and I see that as a high likelihood next year as fears shift from inflation to recession.

2023 should also be a year of low real GDP growth around the world and disinflation. BofA research suggests that such periods favor the Consumer Staples sector.

BofA’s valuation assessment illustrates that the sector trades at a high forward P/E compared to its history. Other metrics, however, suggest upside potential to the sector’s price. Notice in the table below that the group’s price to book (relative) and price to operating cash flow (relative) are actually at a discount to the S&P 500, though not impressively so.

Staples: A Mixed Valuation Picture Relative To The S&P 500

Perhaps the kicker for 2023 is that a consumer trade-down effect should be in full force. We are already seeing that among retailers that have reported Q3 results. There was a particularly notable slowdown in discretionary spending starting in mid-October. A continued trend away from luxuries and the niceties of life toward necessities should benefit staples – and with Discretionary still being the most richly-valued sector, according to FactSet’s forward P/E numbers, it appears a new cost-conscious normal is not fully priced in.

Trading Down Got Ya Down? Staples Winning As Excess Savings Falls

Staples Spending On The Rise

Traders have priced in Fed rate cuts during the back half of 2023. If that plays out – call it a pivot – then we can look back to the great Fed pivot of 1974 to see what areas performed best in the years that followed. In that instance, Staples were not a major standout, so this might suggest looking more toward small-cap value names with Staples specifically.

Finally, a risk to small-cap staples is that they have a very short weighted average maturity in terms of the group’s debt burden. That means a lot of fixed-rate borrowings will come due and will have to be refinanced at higher interest rates soon. For a generally low-margin part of the business world, that’s a concern.

XLP has a constructive look when analyzing the 3-year zoom. Notice in the chart below that shares have a key support price of $68. Skeptics might see the dip under that price two months ago as a bearish sign, but I see the brief dip under $68 as a bullish false breakdown. Technicians say that “from false moves come fast moves in the opposite direction.” That quip played out as the ETF surged to fresh multi-month highs before the holiday. I see near-term resistance at $78 while the all-time high notched back in Q2 at $81 could be in play soon. Moreover, notice that the RSI momentum indicator has confirmed the recent rally that broke above a downtrend resistance line off the peak earlier in 2022.

Overall, I like the price action in the sector.

My gut feeling going into this analysis was the staples were expensive and a risky spot to be overweight given some bullish consensus on Wall Street. After a review, I see more bullish potential than downside risks right now. I recommend an overweight going into 2023.

World’s cartoonists on this week’s events