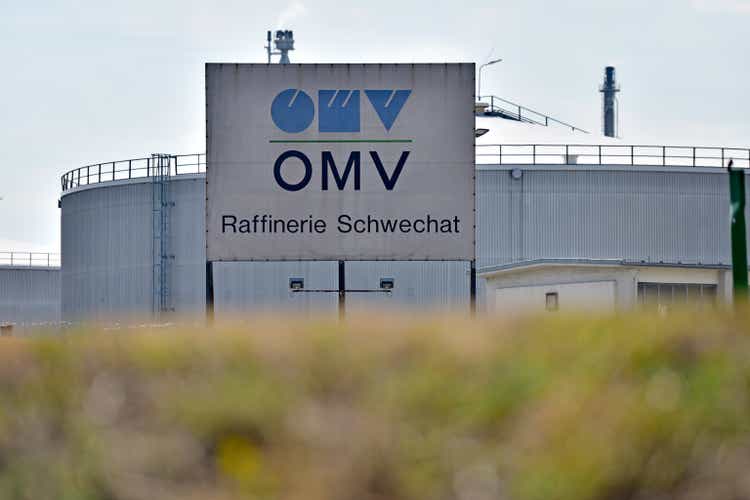 OMV AG (OTCPK:OMVKY) continues to generate solid cash flow, benefiting from a favorable price environment for its upstream and downstream operations. Perhaps more importantly, the 2030 strategy is gaining traction following a string of acquisitions, most notably Borealis, which has helped the downstream business emerge as the key engine. Adding credibility to OMV’s transformation efforts are the underlying improvements in the earnings power and cash flow generation potential thus far. While OMV’s capital allocation prioritizes inorganic growth over further deleveraging, the low stock valuation means the implied dividend yield (including FY22 specials) is now one of the highest in the EU at ~9% for FY22. The stock is down YTD, but more cash distributions, in addition to the recent special dividend, could catalyze a re-rating.

Riding the O&G Tailwinds for Yet Another Quarter

OMV’s Q3 numbers came in well ahead of consensus, with EBIT at ~EUR3.5bn driven by a sequential acceleration in upstream production and higher liftings from Libya, as well as a ~50% QoQ increase in gas price realizations. Refining and marketing also outperformed on continued strength in gas and power trading, more than offsetting any impact from low refinery utilization. There were signs of weakness in the chemicals business, though, as base chemicals production was lower due to disruptions at Burghausen (cracker was down for the quarter due to a planned turnaround) and Schwechat (utilization rate still recovering following a technical incident in June). Negative inventory valuation effects were another one-off headwind, which, combined with the lower refinery utilization, led to polyolefin margins declining QoQ.

Importantly, OMV’s solid cash flow generation remains intact. Relative to the operating cash flow of ~EUR2.9bn, the organic capital expenditure of EUR1bn meant FCF was ~EUR1.9bn for the quarter despite the one-off headwinds in chemicals. Clearly, the favorable price environment for both upstream and downstream has helped. That said, a significant portion of the cash generation upside has also been driven by OMV’s efforts in moving up the value chain (e.g., via the acquisition of petrochemicals group Borealis), driving a sustainably more profitable, higher cash flow generative franchise through the cycles.

Heading into Q4, the OMV guidance remains broadly unchanged. For one, the company maintained its organic capital expenditure guidance for the full year at ~EUR3.7 bn (vs. EUR2.6bn in FY21), including non-cash effective capex related to leases of ~EUR0.6 bn. On the upstream side, guidance for total production was reiterated at 390 kboepd, though the average Brent crude oil price assumption at >$100/bbl seems a tad optimistic. Meanwhile, the average realized gas price assumption has been revised higher to EUR55-EUR60/MWh as well (up from the prior EUR45/MWh).

The downstream guidance embeds more conservatism, with the OMV refining indicator margin in Europe guided to land at ~$15/bbl based on European refineries utilization running significantly below 2021 levels. Even with lower utilization and volumes (polyethylene and polypropylene sales volumes excluding JVs are also projected to be below 2021), management continues to expect ethylene and propylene indicator margins in Europe to come in higher YoY. While this seems optimistic at first glance, the recent return to full operations at Schwechat (following months of technical disruptions) presents upside to the utilization rate across refining and chemicals.

Underlying cash flow from operations has been a major positive for OMV, helping to accelerate the deleveraging of its balance sheet below the <30% net debt/EBITDA target. Also boosting the cash generation in OMV’s recent quarter was a working capital inflow of ~EUR288m, mainly from lower margin calls for exchange trading activities in the gas business. As a result, the trailing FCF yield now stands at >25%, while the manageable net debt position and elevated dividend coverage ratio of ~11x have allowed for more shareholder distribution optionality for FY22.

Given the balance sheet position, OMV’s pre-announcement of an FY22 special dividend of EUR2.25/share will be well-received by investors. The special dividend route is key – the company’s ability to return capital via buybacks is limited by its shareholder structure, while the progressive dividend policy has typically incentivized a conservative payout ratio. All in all, the combination of the special dividend and the expected ordinary dividend (to be announced with the upcoming FY results) implies a compelling cash yield for the year. Yet, the accompanying press release also stated an intent to “amend the existing dividend policy so that specials can also be considered for future financial years,” possibly implying further upside to the dividend ahead. This will likely depend on specific KPIs, though, and pending visibility here, I would hold off on underwriting a higher payout for now.

Coming off another strong quarter for OMV and with the completion of the Borealis deal positioning the company as a polyolefin leader, the move up the value chain toward higher-value and lower-carbon chemical products appears to be on track. With the upstream business also performing well and the refining business showing resilience, the peer-leading FCF yield will likely sustain through the coming quarters. With the balance sheet also strong, OMV has more than enough capacity to address its other capital allocation priorities, particularly on the M&A front, while maintaining the dividend. Further upside to the capital return, including from the proposed special dividend, provides key upside catalysts going forward.

China’s Xi on ‘epoch-making’ visit to Saudi as Riyadh chafes at U.S. censure By Reuters

‘There is a slowdown happening’ – Wells Fargo, BofA CEOs point to cooling consumer amid Fed hikes